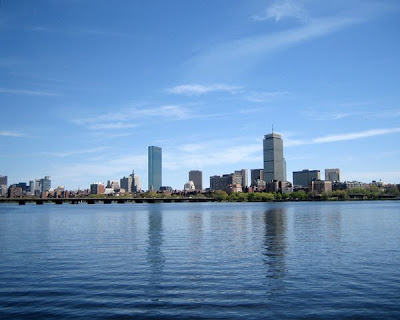 This week, the Massachusetts Association of Realtors (MAR) released their Existing Home Sales Report for January showing that single family homes sales declined 37% on a month-to-month basis but remained 9.1% above the level seen last year while condo sales continued to surge jumping 35% since January 2009.

Although both sales and prices were up notably, it’s important to recognize that the majority of the activity seen in the late fall came as a result of the governments housing tax gimmick and since the epic November surge, sales have been trailing off steadily.

In fact, there is slight possibility that next month’s sales results could actually drop below the level seen in February 2009 as the sales that were incentivized into November take their toll on future months.

We’ll have to wait to see… 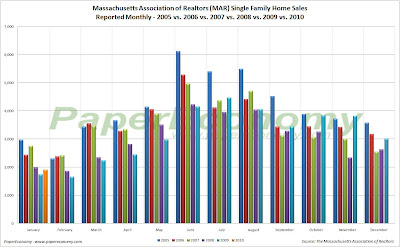 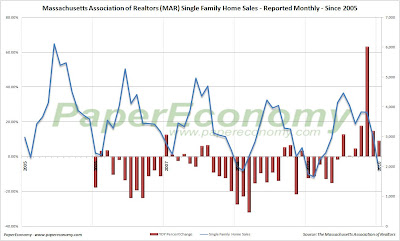 For December, both the CSI and RPX confirmed that there has been an “extra-seasonal” bounce in prices that while cooling notably going into October, has remained elevated with the latest data showing a month-to-month decline of 0.14% to the CSI and a 2.49% increase to the RPX while on a year-over-year basis the CSI increased 0.47% while the RPX increased 13.91% over the same period.

As for condos, the latest S&P/Case-Shiller data indicated that prices declined slightly dropping 0.09% on a year-over-year basis. 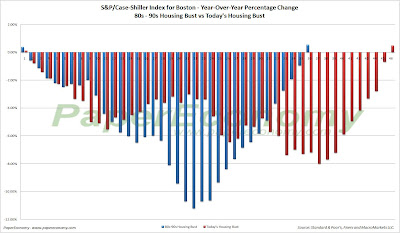 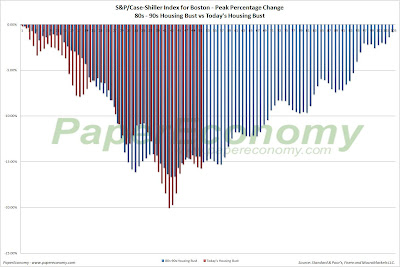 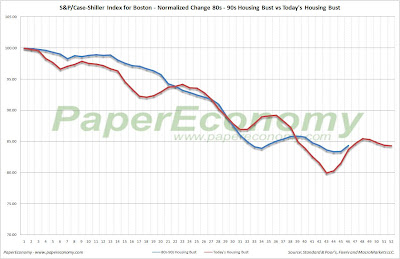 It’s important to note that the CSI data is now showing the first nominal year-over-year gain in 45 consecutive months and, when comparing to the 90s housing bust, appears to indicate that the period of nominal annual price declines may be complete yet, again, since much of the strength recently has come on the back of massive government stimulus, we will have to wait to see how the trend shapes up.

As in months past, be on the lookout for the inflation adjusted charts produced by BostonBubble.com for an even more accurate "real" view of the current home price movement.
Posted by SoldAtTheTop at 5:54 PM