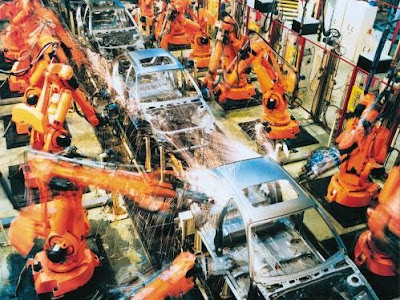 Today, the Institute for Supply Management released their latest Report on Business for the manufacturing sector indicating that manufacturing activity declined in November.

At 49.5 the purchasing manager’s composite index (PMI) declined 4.26% since October and dropped 5.17% below the level seen a year earlier giving an indication of contracting manufacturing activity for the fourth time in six months.

Respondents now appear to have decidedly negative assessments with most indicating sluggish activity and even some mention of looming recession:

"Conditions still appear to be positive for continued growth in sales." (Machinery)

"Business is steady, but not much more than that. We are in a lull." (Food, Beverage & Tobacco Products)

"The principle business conditions that will affect the company over the next three or four quarters will be the U.S. federal government tax and budgetary policies; the impact of those policies is not yet clear." (Petroleum & Coal Products)

"Differences between first half of year and remaining half are very dramatic, growing to a peak in the middle of the year with a gradual decline since." (Plastics & Rubber Products)

"The fiscal cliff is the big worry right now. We will not look toward any type of expansion until this is addressed; if the program that is put in place is more taxes and big spending cuts — which will push us toward recession — forget it." (Fabricated Metal Products)

"Economy is very sluggish. Production is down and orders have slowed considerably from Q1." (Transportation Equipment)

"Global economic uncertainty still seems to be sticking around which is not necessarily making things worse, but it is also not making things better from a demand standpoint." (Chemical Products)

Posted by SoldAtTheTop at 11:27 AM