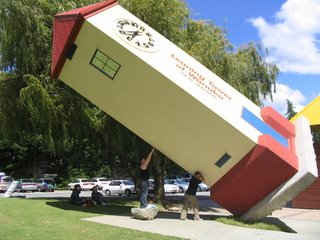 Today, the Bureau of Economic Analysis (BEA) and the Commerce Department jointly released their final revision to 3rd Quarter GDP showing the most severe decline to residential fixed investment seen in over 15 years.

As noted before, “Residential Fixed Investment” encompasses all investments to fixed residential structures including expenditures allocated for purchase, construction or improvements to new or existing single or mulit-family dwellings.

Many bullish economists and analysts had wrongly anticipated that the dramatic fall-off in residential investment seen in the preliminary GDP reports would inevitably be revised lower in the final version thus lessening its impact to overall GDP.

As we can now very clearly see, not only was the decline in residential investment NOT revised lower, but it has been revised UP twice since the preliminary release in October.

Ironically, this inability to clearly see the significance of the impact of the housing decline on the statistics of a GDP report may in fact allude to the very same ineptness that prevents bullish economists and analysts from seeing the considerable “spillover” effects this decline will have on the wider economy.

To put the decline to residential investment in better perspective, consider the fact that it chopped 1.20% from overall GDP, a value greater than the 1.14% contribution of all domestic services rendered in the quarter (think electricity, gas, transportation, medical care, housing services, etc.) as well as easily outstripping both the 1.01% contribution from all fixed non-residential investment (think all commercial structures, all investments in business equipment including computers software and transportation equipment) as well as the 1.00% reduction coming from all imports of foreign goods and services (i.e. imported goods and services are always subtracted from GDP).

The following chart (click for larger versions) shows the percentage change to real residential fixed investment on a quarterly year-over-year basis since Q1 2003.

Posted by SoldAtTheTop at 10:21 AM