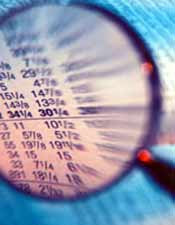 As I had noted before, in 2004 new home sales exhibited an interesting phenomena whereby the distribution of home sales, grouped by several price ranges, effectively flipped from what one might conclude to be logical and from the historical norm.

Not a very surprising result as one might easily conclude that the majority of new home buyers cannot, in general, afford the most expensive homes.

After 2004 though, the scenario exactly flipped in that the most expensive new homes easily outsold the least expensive homes.

Now, this could either be explained by the inflating of home prices during the boom, easy availability of bloated loans, home buying patterns, or a little bit of all of these events but no matter what the cause, it appears that the scenario is now in the process of flipping yet again.

Since the peak in 2005 new home sales have been falling among all price ranges but more recently there have been relative strength in the sales of lower priced home and a marked weakness in sales of the highest priced homes.

The interesting point here is that the “flip” that occurred in 2004 was likely an anomaly made possible by the boom which is likely to completely reverse in the coming years as the environment for home building settles back to a more historically normal scenario.

This “re-flipping” of new home sales may serve as a good indicator of the unwinding of the boom.

The first chart shows new home sales for the highest priced new homes, i.e. homes priced above $300,000 (click for larger version). Notice that since 2005 sales have been declining sharply. 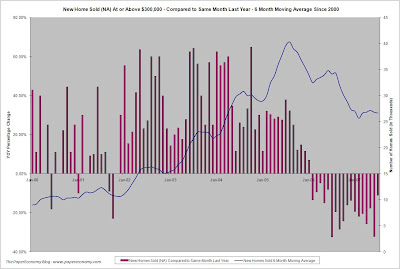 The following chart shows both a "smoothed" and raw unadjusted number of new homes sold for four different price ranges (click for larger). Notice that the price ranges appear to be converging and likely flipping back to a more historical normal pattern. 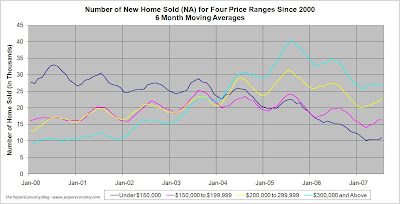 Another way to visualize this issue is to view each price ranges “market share” of all new homes sold (click for larger version). Notice that back in 1999, over 40% of new homes were priced under $200,000 whereas now, new home sales for homes in this price range total less than 20%. 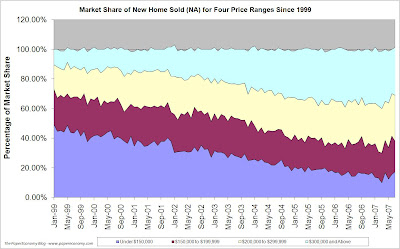 Posted by SoldAtTheTop at 2:41 AM