Prime Bomb: An Epic Race for the Exits! 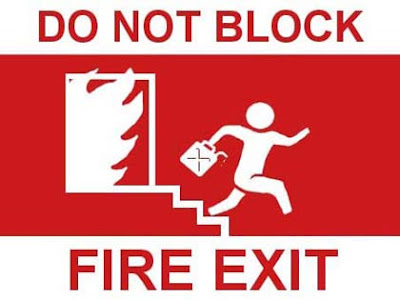 Today, I’d like to present part of my “Prime-Bomb” thesis in more detailed terms but first I should mention that this is easily my most bearish post yet… not for the faint of heart… If you are feeling really down already, best just to skip it.

Don’t say I didn’t warn you…

First off, an essential precursor of the worst case scenario of this thesis is for the S&P 500 to eventually bottom out down roughly 80% from the peak set in October 2007.

This may seem extreme at first but there are many historic precedents (historic PE and Q ratios, similarities to past epic disasters NASDAQ, NIKKIE, DJI 1929, the fundamental level of financial decline seen to date, etc.) that suggest that this is a real possibility and many excellent sources on the web that make a compelling case.

Further, now that the S&P 500 has firmly broken below its Nov 20 2008 low it appears altogether too obvious that we are going down for another serious plunge that will inevitably beget another weak rally and so on.

This level of stock market collapse is truly fundamental partly because it represents such a large loss of wealth but also because it will force many Americans (a huge percentage of households) into a preservation mode of sorts… hard decisions will HAVE to be made in order to move forward with any level of financial security.

When stock wealth all but disappears, many, especially formerly secure Boomer households, will turn to the one asset that still appears, to them, to have value… their home(s).

A strange confluence indeed (given the circumstances) but consider that numerous recent surveys that indicate that even after three years of obvious housing decline and its serious ramifications on the economy, most households generally believe that their “own” home’s value has been insulated.

In fact, sadly, time and time again, these surveys also find that most households don’t stop there… they even believe that throughout this epic decline their own home has even increased in value… these are delusional days indeed!

So you see… we are at a turning point of real … forced… revelation.

The stock market is now quickly discounting, moving lower to a destination that is closer to reality valuation while households are still attempting to avoid the painful realizations.

Unfortunately, for unprepared households though, the real pain is about to be thrust upon them.

While housing wealth loss can, at times, appear to be superficial or amorphous loss on future potential, stock wealth loss is largely in the “here and now”.

Millions of households who have been shaken by the recent 30% - 40% declines in their stock and retirement portfolios will be absolutely wrecked by an 80% loss.

This will force them to seriously and almost immediately reevaluate all assets and seek the best path to long term financial security.

This reevaluation among an immense cohort of unsophisticated households, I believe, will yield one disproportionately represented outcome namely the selling of residential real estate.

This massive “race for the exits” panic liquidation will likely force inventories skyward (beyond the recent peak) while simultaneously forcing housing market values down to depths far below even today’s most pessimistic outlook.

Of course, by this point, markets of actual homes will be as broken as today’s securitization markets.

This is a worst-case scenario but I believe that if you consider the state and mindset of American “homeowners”, particularly Boomers, and the path down which that the markets and macro-economy are trending, you will agree that darker days may be looming.
Posted by SoldAtTheTop at 9:26 AM