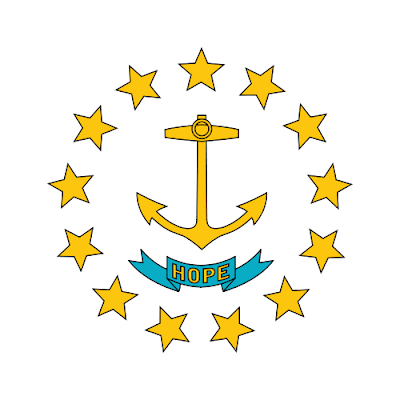 Ahh... Massachusetts… There’s nothing quite like it with its ample supply of mostly alien university intellectuals and elite young and highly educated urban professionals, its typical “run of the mill” blue collar average Bobby and Tommy’s (or better yet… Bauby and Taummy’s) and its down and dirty Red Sox/Celtics/Patriots hooligans… add in Aerosmith and what a smarmy cacophony indeed!

Sample the socio-economic distribution of any “inside 128” town and you’ll find a puzzle so perplexing and inexplicable no MIT mathematical savant could make heads or tails of it!

Are we “gritty” and “rough and tumble”? or Bio Engineers? or MBAs? or Nobel Laureates? Or Lobstermen... who can tell? … We all live right next to one another!

Many, of course, do share one thing in common … they paid too dammed much for their house… but such is life… at least they will all suffer together.

Another thing some Mass folks have in common is that they forget that they, along with the rest of New England, are all essentially in the same boat.

Well I’m sorry to report (not really) that ‘tis true! We are a lot like Rhode Island!

How? you say… simple… Unemployment (along with a host of other typical economic metrics).

Historically, the Mass and Rhode Island unemployment rates have correlated fairly well, not separating more than 1.5% north or south of each other for most of the last 40 years (see chart below).

In fact, there were only a small handful of instances where the two briefly parted ways with only two real significant occasions, early 1976 when the Rhode Island rate precipitously fell as the Mass rate slowly declined and today where the exact opposite is true. 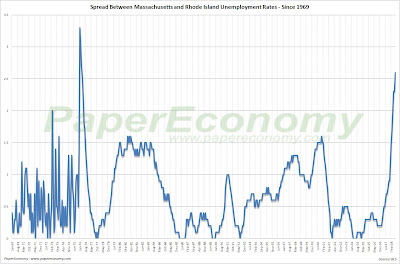 You’ve all probably heard the news by now.

Rhode Island has gotten hit pretty hard by the housing downturn and the recession both working to push its unemployment rate up dramatically from 4.9% in early 2007 to where it stands now at 7.7%.

That’s quite a run but in all the brouhaha Mass seems to have gotten left behind… its unemployment rate has only moved from 4.7% to 5.2% over the same period… What gives?

Well, what’s likely to give is pretty simple… the Mass unemployment rate.

Typically, these discordant episodes last only brief moments with six months being the extent of the longest past event.

Since the two rates have already surpassed the threshold for five months that gives us just one or maybe two more months before we are fully entrenched in a nasty game of catch-up that’s likely to leave no Bay State worker unconcerned.

But alas… as you can see from the chart below, the recent acceleration in the Mass unemployment rate seems to already have begun to signal troubled times ahead.

So, I suppose there is no sense in fighting it… just sit back… bust out a nice tall cool glass of Coffee Time coffee milk and try to relax. 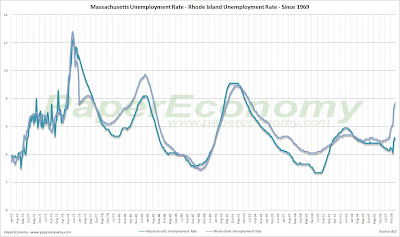 Posted by SoldAtTheTop at 9:07 AM