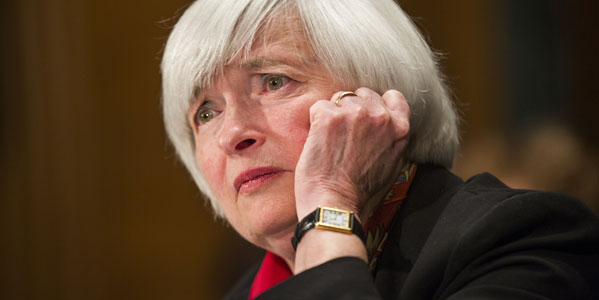 Notwithstanding Fed Chair Yellen’s certainty about her “myths”, recession indicators are continuing to accumulate as the current U.S. economic expansion continues to clearly trend into its twilight period.

While Yellen is apparently not able to “see anything in the underlying strength of the economy that would lead me to be concerned” about recession, let’s take a look at just a few points of interest that she clearly must have missed.

First, there has been notable protracted weakness in industrial production which is now showing a year-over-year decline of over 1%, a VERY strong indicator of fundamental weakness that is virtually always associated either directly with current or looming recession.

Additionally, both Industrial Production and Capacity Utilization have now show simultaneous notable year-over-year declines, an event that is literally associated with every recession since both data sets have been tracked.

Next, jobless claims appear to have hit the low for this expansion which, as we know from all other past expansions, generally does not stay at this level for very long.

In fact, population adjusted Continued Jobless Claims (continued claims as a percentage of non-institutional population) is at the lowest level since 1969, a strong indicator that insurance claims, and by proxy the general employment situation, has reached its best levels of the expansion.

Posted by SoldAtTheTop at 12:56 PM

Posted by SoldAtTheTop at 11:33 AM 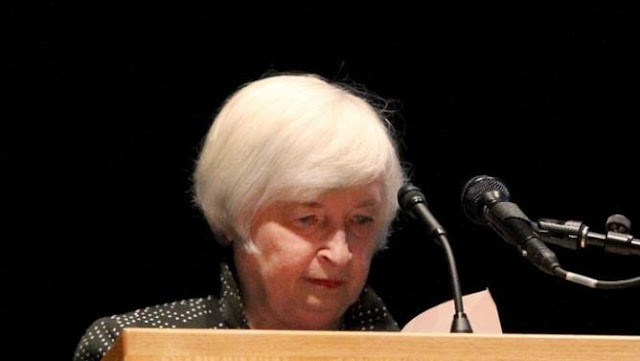 In Mid 2007, then Federal Reserve Chairman Ben Bernanke apparently (as he recently suggested in his book about the crisis) completely missed the significance of the housing decline when he asserted that the subprime implosion and the wider housing troubles were “contained” and economic growth would continue.

In her most recent statement following the Feds decision to raise interest rates, the current Federal Reserve Chair, Janet Yellen, made just as significant a blunder.

“It’s a myth that expansions die of old age,” Yellen said. “I don’t see anything in the underlying strength of the economy that would lead me to be concerned” about a recession.

If you have spent any time evaluating macroeconomic trends you will know that this is more than just a preposterous statement… it is wishful thinking or willful neglect… but in either case, Yellen invoked this statement for the same reason as Bernanke before her.

Just as Bernanke should have had the total implosion of the nation’s housing sector as his top concern in 2007 and 2008 (very obviously by this point), Yellen’s priority should be on the looming recession and the potential systemic shock it could bring (particularly in light of the weak expansion from the worst recession since the Great Depression) and NOT attempting to bluff her way through the inevitable.

In 2016, we may well see the end of the current expansion… there are, in fact, the beginnings of “old age” signals starting to show in the macroeconomic trends and we DO know with absolute certainty (from past experience and common sense) that periods of expansion do, eventually, all “die” and give way to periods of contraction.

So the question is, now that Yellen has indicated that she plans to go with the same failed “bluffing” strategy as her predecessor, is she up for the challenge of what is inevitably going to come?

Based on her recent performance addressing the University of Massachusetts-Amherst, I think not.

Posted by SoldAtTheTop at 7:54 AM

The latest release of the Chicago Federal Reserve National Activity Index (CFNAI) indicated that the national economic activity remained weak in November with the index weakening to a level of -0.30 from a level of -0.17 a month earlier while the three month moving average weakened to a level of -0.20.

Posted by SoldAtTheTop at 7:50 AM

Today, private staffing and business services firm ADP released the latest installment of their National Employment Report indicating that the situation for private employment in the U.S. improved in November as private employers added 217,000 jobs in the month bringing the total employment level 2.06% above the level seen in November 2014.

Posted by SoldAtTheTop at 4:49 PM