Today, the National Association of Realtors (NAR) released their Pending Home Sales Report for August  showing that pending home sales declined with the seasonally adjusted national index falling 2.6% since July while increasing 10.7% above the level seen in August 2011.

Meanwhile, the NARs chief economist Lawrence Yun points out that there have been 16 consecutive months of annual gains suggesting that buying activity remains on the mend:

"The performance in month-to-month contract signings has been uneven with ongoing shortages of lower priced inventory in much of the country, and across most price ranges in the West, but activity has remained at notably higher levels this year,... The index shows 16 consecutive months of year-over-year increases, and that has translated into a higher number of closed sales. Year-to-date existing-home sales are 9 percent above the same period last year, but sales were relatively flat from 2008 through 2011,"

Posted by SoldAtTheTop at 11:08 AM 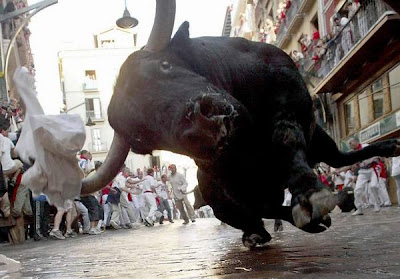 Today, the Bureau of Economic Analysis (BEA) released their third "estimate" of the Q2 2012 GDP report showing that the economy continued to expand with real GDP increasing at a tepid annualized rate of 1.3% from Q1 2012.

On a year-over-year basis real GDP increased 2.14% while the quarter-to-quarter non-annualized percent change was 0.31%.

The latest quarterly results indicate that the most notable source of weakness in the economy came from durable goods spending which declined at a rate of 0.2% from Q1 2012 while government spending declined across the board.

Other categories such as residential structures also saw notable slowing from the prior quarter registering a still respectable rate of 8.5% while non-residential fixed structures expand by just 0.6%.

Keep in mind that these results are likely very poorly estimated and are sure to be revised notably in following quarters and even years to come.

Posted by SoldAtTheTop at 10:58 AM 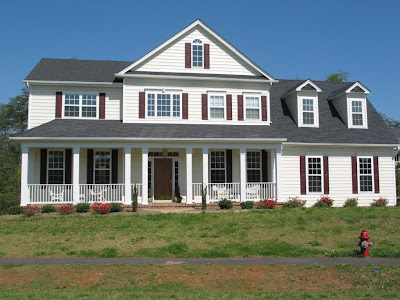 Yesterday, the U.S. Census Department released its monthly New Residential Home Sales Report for August showing a slight monthly decline with sales dropping 0.3% since July but rising 27.7% above the level seen in August 2011 and remaining at an historically low level of 373K SAAR units.

It's important to recognize that the inventory of new homes has now fallen to a new series low at 141K units, lowest level seen in in at least 47 years while the median number of months for sale increased to 8.3. 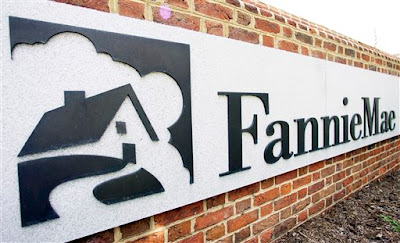 The FHFA monthly HPI are formulated from home purchase information collected from mortgages that have been sold to or guaranteed by Fannie Mae and Freddie Mac.

Posted by SoldAtTheTop at 9:59 AM

The latest CSI data clearly indicates that the price trends are experiencing a lift through the typically more active spring-summer season and as I recently pointed out, the more timely and less distorted Radar Logic RPX data while continuing to capture rising prices, is starting to see a leveling off of the trend as the data moves through the summer transactions and heads for the typical declines seen in late-summer and fall.

To better visualize today’s results use Blytic.com to view the full release.
Posted by SoldAtTheTop at 9:50 AM 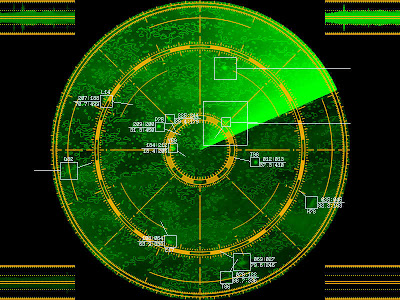 As for the latest trends, it’s important to note that the 25-MSA Composite is showing continued year-over-year while prices continue to bounce from the lows set in late-January.

The latest data shows that as of late-July, prices have increased 4.0% above the level seen in July 2011 continuing the pattern of past years with prices now starting lose a little lift as the data moves from the typically most active spring period into a topping of activity seen in summer.

Posted by SoldAtTheTop at 8:58 AM

The latest release of the Chicago Federal Reserve National Activity Index (CFNAI) showed a worsening of the national economy with the index declining from the prior month to stand at a very weak -0.87 while the three month moving average also declined near contraction territory at -0.47.

Posted by SoldAtTheTop at 8:20 AM 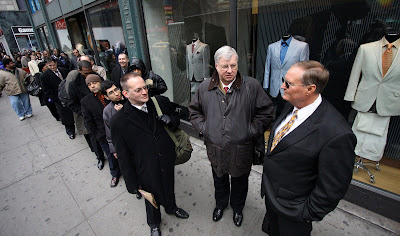 The latest release of the Bureau of Labor Statistics (BLS) Mass Layoff Report indicated a decline in large-scale layoffs with 1267 mass layoff events for August resulting in 127,454 initial unemployment claimants on a seasonally adjusted basis.

Posted by SoldAtTheTop at 9:45 AM 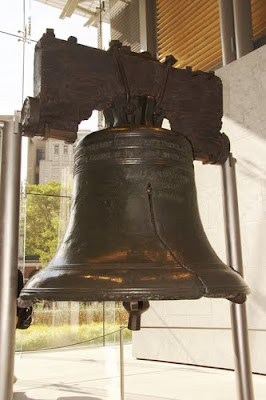 The September release of the Federal Reserve Bank of Philadelphia Business Outlook Survey (BOS) indicated an improvement of the regions manufacturing activity with the current activity index rising to a contraction level of -1.9 while assessments the future activity index increased notably to a level of 41.2.

The following chart shows the current and future activity indexes both with their corresponding 3-month moving averages. The red line marks the threshold between contraction and expansion for these diffusion indexes.

Posted by SoldAtTheTop at 8:38 AM

Posted by SoldAtTheTop at 8:08 AM

Today, the National Association of Realtors (NAR) released their Existing Home Sales Report for August showing a notable increase in sales with total home sales climbing 7.8% since July rising 9.3% above the level seen in August 2011.

Inventory of single family homes increased 6.3% from July dropping 16.3% below the level seen in
August 2011 which, along with the sales pace, resulted in a fairly balanced monthly supply of 6.2 months.

Posted by SoldAtTheTop at 9:35 AM 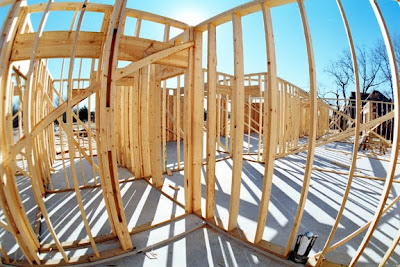 Single family housing permits, the most leading of indicators, increased a slight 0.2% from July to 512K single family units (SAAR), and increased 19.3% above the level seen in August 2011 but still remained  an astonishing 71.52% below the peak in September 2005.

Posted by SoldAtTheTop at 8:29 AM 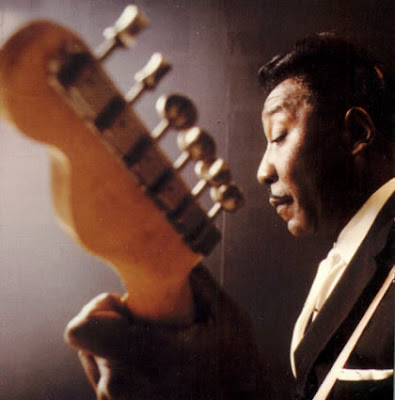 Today, the National Association of Home Builders (NAHB) released their latest Housing Market Index (HMI) showing an notable improvement in September with the composite HMI index rising to 40 while the "buyer traffic" index climbed to 31, a level not seen since May 2006.

While all indicators have made truly spectacular improvements this year, it's important to note that conditions still remain fairly distressed by historic standards.

Although, looking at the data, it is fairly clear that the last few months of results indicate a major change in builder sentiment likely coming as a result of improvements in confidence given the notable rise in buyer traffic, reduced inventory and a more balanced monthly supply.

Posted by SoldAtTheTop at 9:34 AM 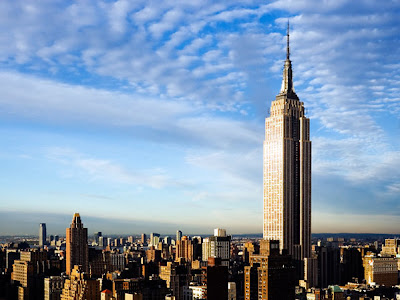 The Empire State Manufacturing Survey consists of a series of diffusion indices distilled from a monthly survey of New York regional manufacturing executives and seeks to identify trends across 22 different current and future manufacturing related activities.

Today’s report showed a notable deceleration of current assessments of manufacturing activity and an improvement to future assessments with the current activity index falling to a notably weak level of -10.41 while future activity improved to 27.22.

Current prices paid rose to 19.15 while current new orders weakened to -14.03 as assessments of future new orders improved to 17.02. 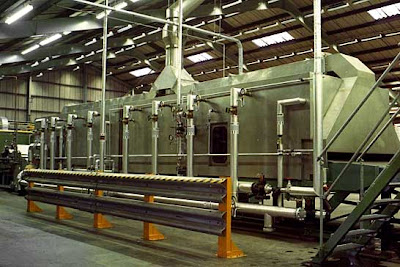 Posted by SoldAtTheTop at 9:23 AM

Today, the U.S. Census Bureau released its latest nominal read of retail sales showing an increase of 0.9% from July and an increase of 4.7% on a year-over-year basis on an aggregate of all items including food, fuel and healthcare services.

As you can see there is, at the very least, a coincidental change to home values and consumer spending during the boom and then the bust, but as home values have continued to decline, retail spending has remained low but has not continued to consistently contract.

Looking at the chart below (click for full-screen dynamic version), adjusted for inflation (CPI for retail sales, CPI “less shelter” for S&P/Case-Shiller Composite) the “rough correlation” between the year-over-year change to the “discretionary” retail sales series and the year-over-year S&P/Case-Shiller Composite series seems now even more significant.

Posted by SoldAtTheTop at 9:09 AM

Posted by SoldAtTheTop at 8:12 AM 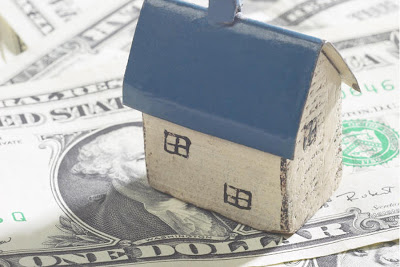 Posted by SoldAtTheTop at 8:17 AM