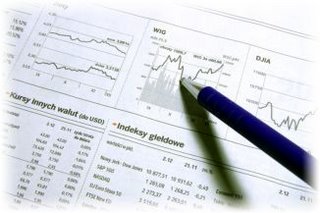 (noun) A person who is willing to take large risks and sacrifice the safety of principal in return for potentially large gains. Certain decisions regarding securities clearly characterize a speculator. It must be added, however, that there is a big gray area in which speculation and investment are difficult to differentiate.

(noun) A person who purchases income-producing assets. An investor, as opposed to a speculator usually considers safety of principal to be of primary importance. In addition, investors frequently purchase assets with the expectation of holding them for a longer period of time than speculators.

Wall Street Words: An A to Z Guide to Investment Terms for Today's Investor by David L. Scott.

It’s generally accepted that the conduct of certain housing market participants during this historic run-up in prices has been tantamount to speculation.

There were the “Flippers” who bought and sold new and existing homes and condos, performing minimal rehabilitation when needed, only to put them back on the market to turn a quick profit.

Builders, especially in the condo market, seem to have been making considerable “bets” that there would be a steady stream of affluent buyers willing to take on a $500K-plus debt obligation in order to “own” a luxury housing unit.

But what about the typical home buyer?

Clearly, housing is popularly know as a persons “best investment”, yet how well do buyers do in determining the reasonable value of their investment?

Using comparables, or “comps” as they are know (i.e. comparing a home to several equivalent homes in the area that have recently sold in order to establish a comparable value range), is the main method used to determine the value of a home.

In some respects, the purely comparative approach to valuing a home seems to be an especially, if not purely, speculative process.

Certainly, using the “comps” approach will successfully account for many of the basic “hidden” points of value such as location, square footage, and internal and external updates and amenities, but without incorporating any historical or underlying fundamental analysis, it seems that “comping” may greatly contribute to amplifying home prices, especially in a “hot” market where buyer interest, competition, and turnover is high.

Thus, it may be that “comping” generally yields the current price of a home rather than its real underlying, inherent or typical value.

Using basic comparable analysis to establish home values combined with the popular notion that home prices (seemingly confused with home values) generally trend up, appears to have established speculation as a normal process in home buying.

That is, to use, almost exclusively, the current market price of an asset to establish its value while having a great degree of confidence that the value will increase in the future (even in the near future) appears to be a more speculative then analytical activity.

So are all home buyers speculators?

Not in the typical sense, in that most people, when buying a home, probably do not intend on taking above average risks in order to turn a quick buck on their purchase.

But are home buyers actually investors?