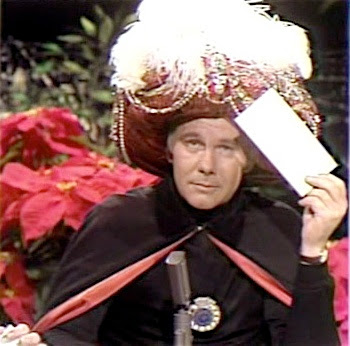 The National Association of Realtors (NAR) today released another downward revision to their outlook for existing home sales for 2007 along with another dose of truly preposterous spin.

In an effort to put their absurd bias into perspective I compiled all their forecasts for 2007 home sales into a chart along with a list of prominent quotes supplied with each forecast (click for larger version). 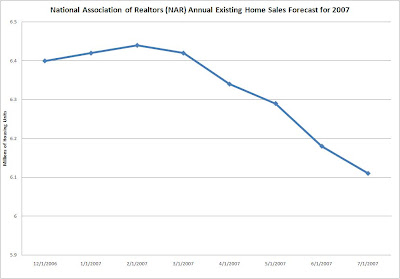 1/10/2007
Lereah "The good news is that the steady improvement in sales will support price appreciation moving forward."

2/7/2007
Lereah "After reaching what appears to be the bottom in the fourth quarter of 2006, we expect existing-home sales to gradually rise all this year and well into 2008."

3/13/2007
Lereah "Although existing-home sales will be marginally reduced due to subprime lending restrictions, they should be gradually rising this year and next."

4/11/2007
Lereah "Tighter lending standards will dampen home sales a bit, but by less than a couple of percentage points from initial projections."

5/9/2007
Yun "Housing activity this year will be somewhat lower than in earlier forecasts."

6/6/2007
Yun "Home sales will probably fluctuate in a narrow range in the short run, but gradually trend upward with improving activity by the end of the year."