The Almost Daily 2¢ - After The Shock 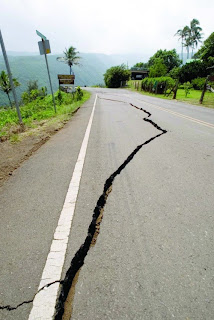 This morning I attended a seminar sponsored by The Warren Group’s Banker’s and Tradesman and Dwyer & Collora LLP entitled “Foreclosure Aftershock” that was hosted at the Federal Reserve Bank of Boston and I thought I might share my take on what was presented.

The keynote was given by state Attorney General Martha Coakley who appears to be fully engaged in the process of litigating at least the bleeding edge of the subprime debacle and there was a substantial amount of discussion about the recent and developing Fremont General case.

One point of interest though is that in order to make the case for fraud and unfair and deceptive practices it appears that Coakley’s office must significantly constrain the definition of what constitutes a fraudulently originated mortgage by specifically targeting short teaser period ARMs (2/28 specifically) whereby the borrower’s income could only qualify for the initial teaser rate.

Obviously this limited definition is necessary to effectively litigate this particular case but there seemed to also be an associated bias in Coakley’s presentation toward considering the era of mortgage fraud as both past (as in the era is over and now is cleanup time) and primarily related to subprime, predatory originator and Wall Street activities.

While I certainly wouldn’t argue that subprime and predatory activities were (and are) a major factor, I think Coakley is a little behind the curve in fully recognizing the extent of the actual fraud that drove the housing boom and that still exists today.

For example, I still see a fairly steady flow of homes purchased with an agency “piggyback” loan configuration where the buyer borrows up to $417,000 (now I suppose $520K with the increased limits) from Fannie-Freddie and then makes up additional “deposit” money from a simultaneous second smaller lien supplied by a non-agency lender.

While I have noticed that buyers seem to be at least expected to come up with some deposit (at most 10% resulting in a 90% LTV purchase) these activities are clearly repeating the same mistakes of the past and in a way just represent a milder form of fraud.

If prices fall another 10%, these mortgages, being "upside down", will be statistically far more likely to end up in foreclosure regardless of the fact that they were not originated through predatory activities and were not directly encouraged by Wall Street firms.

Both Fannie and Freddie have gained massive market share since the housing bust began and now mortgage brokers are simply aiming their fraudulent activities in their direction.

After Coakley, Timothy Warren, CEO of The Warren Group, presented an excellent PowerPoint that included a rundown of the most important Massachusetts housing bust data (sales, prices, foreclosures, etc.).

One novel data-point that Warren presented was a chart that essentially plotted the ratio of Massachusetts home sales to foreclosures which currently shows a startling near 1:1 relationship (i.e. there is nearly one foreclosure for every home purchased).

Needless to say there was not much potential good news that could be gleaned from the data and although I don’t believe that Warren is nearly as pessimistic about the current circumstances as I, he had a slide dedicated to what causes him to worry which was primarily related to the job picture in Massachusetts.

Clearly if we experience widespread layoffs, things will heat up significantly.

Finally, there was a bit of Q&A for Coakley, Warren and the other panelists which, to me, disclosed some of the “bias” held by individuals operating in the state’s real estate and related industries.

One questioner asked Coakley directly what she was doing about the (I forget the exact words) fraudulent and deceptive borrowers and another queried Warren about how impervious the “affluent” areas (citing Brookline and Cambridge) have been to the downturn.

Still there was some chuckling about the accuracy of The National Association of Realtors (NAR) data and plenty of the handshaking, card passing and well worded public pronouncements so typical of this type industry seminar.
Posted by SoldAtTheTop at 2:34 PM