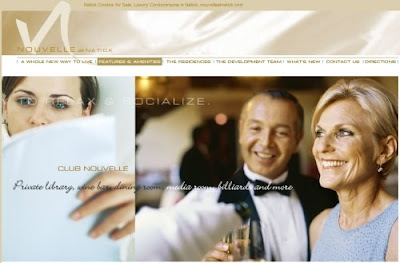 In a whispery tone… “If you build it, they might come… or… maybe not!”

Regular readers can imagine my (slightly morbid, can’t turn away from train wreck style) excitement at finding this article in the Sunday Boston Globe concerning the poor results seen at the “Natick Collection”, a chic suburban mall recently (re)opened 20 miles outside of Boston.

Although this topic is clearly of local interest, I believe that the success or failure of this project has national implications as it represents both an expression of the ill founded concepts made possible by the era of easy borrowed capital (for households an firms alike) as well as crescendo of sorts for consumerism.

In short, the “Natick Collection” and its attached “luxury” residential condominium complex, the “Nouvelle at Natick”, were the brainchild of General Growth Properties (NYSE:GGP), the country’s second largest mall operator who, in what now appears firmly to be an experiment in “mixed use” mall development, apparently sought not only to capture the attention of the suburban “luxury” consumer but the “luxury” homebuyer as well.

But this project continues to look like a major blunder both because of the poor sales of the condos and now for what appears to be a significant failure of the luxury retail wing of the mall itself.

As the Boston Globe article points out, while some retailers are feeling pressure from low traffic and sales, others have either delayed store openings or pulled out altogether.

But rather than go into a lengthy blow by blow concerning the development and its viability drawing comparisons to other similar blunders and the like, consider what this disaster might be saying about the plight of the American consumer and further the firms who bet the party would never end.

Natick and the surrounding area is a typical middle to upper middle class region with relatively good access to Boston and likely a large population of youngish dual income families.

Also, although the housing bust has brought a measure of pain to the region, Massachusetts has not been crippled by the debacle to the extent that has been seen in some of the nations other comparable bubble regions.

So, while those cited in the Boston Globe article blame “yankee thriftiness” or even “poor taste” for the current failures seen at the Natick Collection, I believe the reality is something far more significant.

Consistent with recent sentiment surveys and a raft of other macroeconomic and retail data, the failure to thrive of a suburban luxury mall/residential franken-development seems to clearly confirm that the era of needless debt-fueled consumption is over.

While “Luxury” was a theme that played a significant role in the marketing of all manner of product and service during the eras of the dot-com and housing booms, “Thrift” doesn’t go nearly far enough in capturing the feel of the aftermath.
Posted by SoldAtTheTop at 10:22 AM