The Almost Daily 2¢ - A Petition for Accountability and True Responsibility 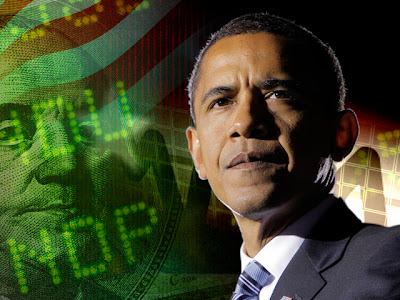 “The plan I’m announcing focuses on rescuing families that played by the rules and acted responsibly…” – From President Obama’s February 18th announcement of the proposed “homeowner” rescue plan.

I’d like to strongly disagree with the premise of the rescue plan as stated by president Obama.

The overwhelming majority of “homeowners” who are now experiencing financial stress did NOT act responsibly.

Although many current financially strapped “homeowners” acted illegally in securing the financing with which to purchase their dream homes, just having stayed within legal bounds does NOT mean you acted responsibly.

Stated simply… if you cannot now afford your home and are falling behind on your payments, you made some sort of irresponsible mistake.

Further, many millions of Americans who may not be guilty of any specific instance of legally defined financial fraud are still at fault for defrauding our nation by living above their means when times were booming and becoming a serious liability when things went bust.

In this way they damaged our society at both ends and deserve neither rescue nor respect.

But, this is an overly forgiving nation that seems to need to discern the difference between fraud and foolishness and like it or not (I certainly don’t) appears bent on attempting a rescue.

So, with a true spirit of community and the ethic of transparency, I’d like to suggest two simple stipulations be added to president Obama’s plan.

First, I’d like to propose that every person that receives a federal mortgage bailout be clearly and publicly identified through a searchable database hosted at the Obama administrations Recovery.gov website.

Details listed should include the person’s full name, state and town of residence and the cost to the taxpayers of their individual rescue.

Second, all bailed-out persons should be required to perform community service proportionate to the cost of their rescue.

In order for our country to truly recover from this sorry delusional era we need real accountability and to strongly uphold the democratic ideal of equality.

No individual should be allowed to benefit from acts that are tantamount to fraud and so injurious to our society and although the truly responsible among us will more than likely graciously interpret most of these individuals as only fools, we need reciprocal gestures from them in order to reaffirm their worthiness to be rescued.

If you agree with the proposal outlined in this post please consider signing my online petition and please pass it around to others who may be sympathetic.
Posted by SoldAtTheTop at 8:36 AM