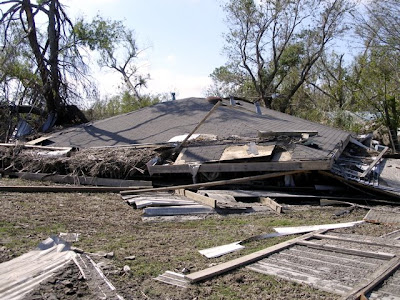 Whether it was a slow depression brought about by over two solid years of steadily declining home sales and prices, the credit crunch, a looming recession, a palpable increase in inflation of necessities like food and fuel or just simply a change in attitudes toward the notion of a house as a vehicle for wealth, the regions housing markets have now hit a dangerous tipping point (particularly for fancy south end condos... see BostonBubble.com for more).

It appears that we have entered the “price freefall” phase of the housing decline where mounting inventory, declining sales, and negative sentiment all combine to result in plunging home prices which, quite possibly, may continue to decline substantially even through the spring and summer months which are typically strong periods in any selling season.

The Massachusetts Realtor leader Susan Renfrew, apparently left a bit speechless by poor results, could only muster a weak one-liner before degenerating into a robotic regurgitation of the NAR party line.

“February single-family home and condominium sales came in about where we expected them to, which was generally in line with January’s activity … The good buying opportunities that exist today, along with the recent increases in the FHA, Fannie Mae and Freddie Mac loan limits could help improve sales over the next quarter.” 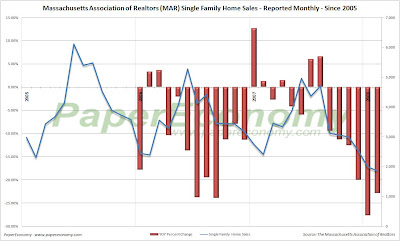 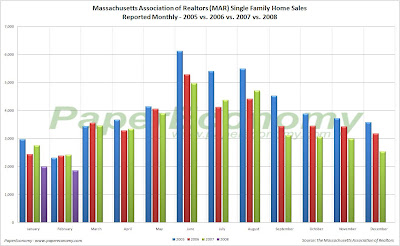 The S&P/Case-Shiller Home Price Index for Boston, which is the most accurate indicator of the true price movement for single family homes, showed accelerating prices declines (prices are falling faster) with Boston declining 3.39% as compared to January 2007 leaving prices now 10.89% below the peak set in September 2005.

To better illustrate the drop-off in home prices and the potential length and depth of the current housing decline, I have compared BOTH the normalized price movement and peak percentage changes to the S&P/Case-Shiller home price index for Boston (BOXR) from the 80s-90s housing bust to today’s bust (ultra-hat tip to the great Massachusetts Housing Blog for the concept). 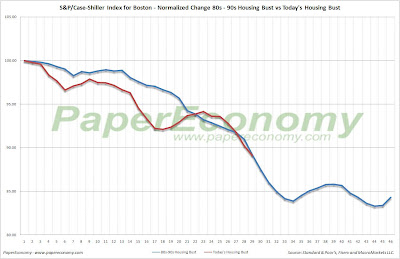 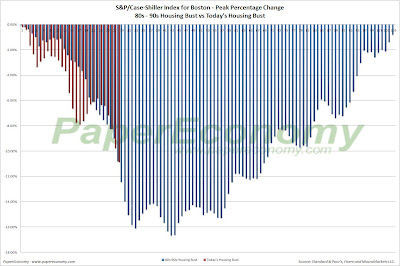 Posted by SoldAtTheTop at 1:49 PM