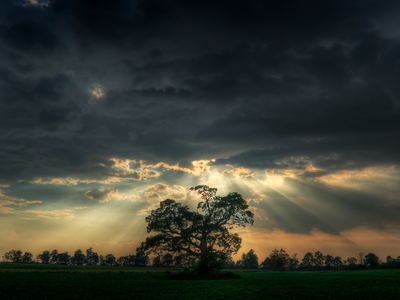 With the Feds announcement yesterday and some other rumors it appears that we are officially entering the period whereby we realize what happens next.

For over a year now we have been speculating on the state of the economy and how the government would respond should their initial massive stimulus effort fail to bring on a sustained recovery.

The Bailouts/TARP/HARP/HAMP/ZIRP/QE/HomebuyerTax/Cash-Clunker-Caulker policies were billed as a “shock and awe” blast of Keynesian stimulus the likes of which has never been seen.

The expectations on the part of do-gooder policy junkies and other interested parties were for a classic “V” shaped recovery that, depending on what measure you use, appeared to have materialized until a spat of downbeat events began to accumulate in April weighing down sentiment and leading to an increase in pessimism.

But what materialized since April has really only been just confirmation of the overarching theme that the government stimulus efforts and emergency measures by the Fed were not a “real” fix for our economic woes.

In April, the Fed completed its MBS purchase program representing the first major attempt by the Fed at taking off the training wheels placed on the economy during the panic-laden days of the darkest part of our current predicament … we now see, as the Fed outlined yesterday, that the training wheels are coming back on.

Since April we saw the completion of the government’s massive homebuyer tax credit policy and witnessed its distortive effects on the housing market artificially driving sales up prior to the credit’s expiration and then plunging them down to the lowest lows after… we now see that this was just a government gimmick.

April also marked a point whereby all appeared to better understand how bad the public debt situation is for a whole host of European countries that are now making extraordinary sacrifices in the attempt to right their fiscal ships… while many in the U.S. would like to ignore this trend, we are now seeing that we are in precisely the same predicament at the federal level and for the states.

Finally, April brought the “flash-crash”, an event that while remaining a mystery as to its cause has clearly resulted in unequivocal confirmation by the retail investors on “Main Street” that the game on “Wall Street” is rigged.

Now we see that the economy is taking a turn for the worse and the Feds appear to be scrambling to come up with a response particularly in light of the looming election season.

The Fed says they are going to pump principle payments from their massive holding of MBS into longer term Treasury securities thereby initiating a second round of quantitative easing, what some have termed QEII.

A recent rumor suggested that the administration was nearing a proposal that would take a class action approach to the refinancing and debt forgiveness of tens of thousands of mortgage holders who are unable to refinance through normal market means because they simply cannot afford their homes.

As we witness the inevitable now coming to fruition and the feds doubling down in a futile effort to prevent it, it’s important to recognize the charade they have perpetrated to date and prepare for the worst.
Posted by SoldAtTheTop at 9:17 AM