Is the Fed Gearing Up for QE3? 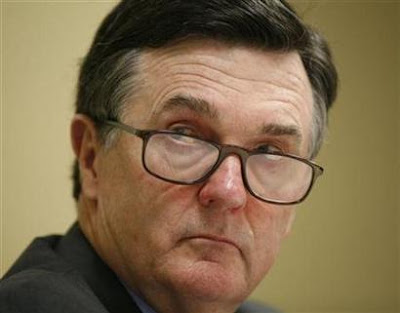 This morning the President of the Federal Reserve Bank of Atlanta, Dennis P. Lockhart, gave a speech titled “Economy Today and Policy Framework for Today and Tomorrow” in which he outlined his views on the state of the economy and the role the Fed has played.

Probably the most interesting segment of this discussion was related to quantitative easing (the process by which the Fed has further eased monetary policy after the traditional Fed funds rate has met the zero bound) and more specifically the potential for QE3.

“With the information I have today, my first inclination is to be very cautious about extending asset purchases after June. Given the emergence of new risks, however, I prefer a posture of flexibility as regards policy options. As we have seen, conditions can change rapidly, so I will continue to evaluate the incoming information as much as possible with fresh eyes as I approach each meeting and each decision.”

This might be one of the first instances of a Fed president insinuating that QE2 might be superseded by a third round of easing (LSAP3… large scale asset purchase 3) should the Fed believe that the risks facing the economy warranted it.

Interestingly, Lockhart suggests that the current $600 billion QE2 program was equivalent to a 75 basis point cut in the federal funds rate which, when put into context with the historical impact of such a large fed funds rate cut, gives you a sense of the risks they measured for a double-dip last year.

It’s important to recount that the Fed is roughly half way through to the $600 billion goal and while many have suggested that, given the strengthening economy, the Fed might end the purchase program early, Lockhart appears to assume that the program will complete and then some.

On the topic of exiting from the current policy, Lockhart rules out the potential to simply allow the securities from QE1 and QE2 to passively unwind through maturity and suggests that the Fed will have to implement an active exit strategy.

Finally, Lockhart believes that economic analysts and forecasters ought to return to paying close attention to the monetary and credit aggregates and money measures for signs of inflation creeping into the economy.

Posted by SoldAtTheTop at 10:53 AM