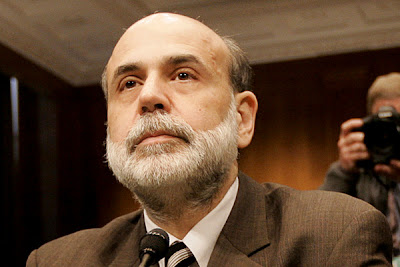 QE3 is in the offing…

Consensus expectations just seems to demand it as a generation of gambling speculators, swindlers, government policy junkies and others with short attention spans and a psychopathic indifference for the soundness of the financial system panic at the least sign of slowdown and line up for another dose of the Feds easy money.

Looking at some of the latest trends, a slowdown of sorts would not be so surprising.

The economy is still being seriously impacted by the evolving housing decline, unemployment remains at 9%, oil prices are near $100 a barrel with gasoline prices reflecting that fact, the Federal Government is toying with the debt ceiling, China is likely overheating as it inches ever closer to parabolic residential real estate prices and likely an ugly crash, other notable leading emerging markets like India and the Russian Federation are continuing to slow, Greece and other European countries are moving closer to debt restructuring… the list of negative externalities runs long yet they all carry the telltale ring of the Great Recession about them.

This is the point at which one, having been schooled by the Fed over many years, must begin to ask the question “What will the Feds response be?”… as if a response by the Federal Reserve is nearly a reflexive action to a consensus expectation of looming slowdown.

The answer to that question should not require such a stretch of imagination… the simple short answer is QE3… no more, no less.

Why would the Fed stop now? Should a slowdown materialize, it will ultimately been seen as an offspring of the Great Recession and treated as such.

Recognize that during last month’s historic Fed press conference, “Helicopter” Bernanke made no quibble of the fact that the Fed will continue the principle reinvestment function that they have been carrying out ever since they acquired such a sizable bounty of mortgage securities, a clear sign that pumping liquidity is not only the response de jure but the de facto response.

Like a pair of dysfunctional sweethearts, the Fed knows no different course of action then easing and the consensus expects it, so easing it will be.

But as we move further and further from the point where the Feds intervention is viewed as “pump priming” and nearer a more accurate perception of it as the “pump”, one has to wonder when consensus will begin to lose faith and worry that this scheme has no merit.

Only then will we ultimately realize the true consequence of the years of Fed actions.
Posted by SoldAtTheTop at 1:12 PM