Finally On the Path 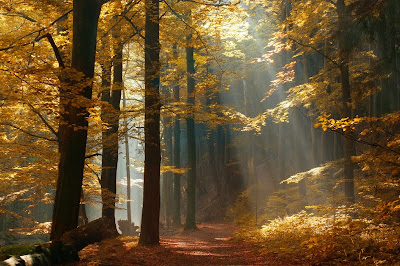 Hallelujah! The downgrade is finally here and while to many, celebrating such an event is borderline un-American, let’s take a moment to remember that this shift to AA+ from AAA represents a healthy step (however slight) in the direction of reality and away from the fantasy created by the scores of dimwits that have held seat in Washington DC over the past many decades.

From the absurd bailouts and extraordinary measures taken during the recent downturn to the failures of the massive and fraudulent “government sponsored enterprises” to ever expanding social safety net obligations and the preposterous and flatly un-fundable liabilities of archaic “New Deal” era policies, the Federal Government created a vast series of problems that, at this point, have no easy solutions.

But at the very least, the downgrade may initiate a definitive start down a path that could ultimately lead to the resolution of our fiscal woes by forcing major restructuring (i.e. significant austerity) in light of the repercussions that the degraded sovereign credit rating will bring for the macro-economy and as an effort to stave off future additional downgrades.

In short, the downgrade is a clear signal to all with a pulse that things MUST change.

In the meantime we may see a new bear market shape up for stocks, interest rates may begin to increase in the already fragile mortgage market, pessimism and fear may abound leading to a notable decline in household and corporate confidence with all outcomes working to worsen our economic slump.

The key is to recognize that this turn of events had to happen and is but one small step down the only path that can possibly lead to a stronger and solvent nation.

You will likely hear the president, like his treasury department before him, opine about the “math error” or the fact that S&P played a major role in the housing debacle but these are just efforts to discredit S&P’s action which clearly represents a substantial failure for the administration.

The fact is, the downgrade was inevitable, it was logical and wholly deserved for a nation that long ago cast any form of prudence and caution aside in favor of outlandish policy action, wholesale fraud and conceit.

Posted by SoldAtTheTop at 11:11 AM