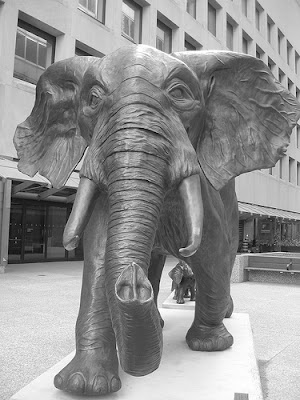 Washington pulled the trigger on what they term a bipartisan “middle class” initiative to “respond to the economic pressures affecting the American people” by “putting money in the hands of working families”.

Undoubtedly, the most significant element of the proposal is NOT the cash handouts or adjustments to depreciating business investment but is instead the increasing of the GSE conforming loan limit to $730K.

After the passage of this initiative the various federal “affordable housing” programs will NO LONGER BE WORKING TO ASSIST LOWER AND MIDDLE CLASS FAMILIES afford housing as first time home buyers (as they were all intended to do) but instead will be working to enable and subsidize truly affluent homeowners and housing speculators.

This has to be easily the most warped and grotesque and truly unfair socialization of private financial losses on record.

Realtors, Homebuilders, Mortgage brokers, Flippers and other Speculators, DINK Yuppies, regular Yuppies, HGTV, the most affluent 1%, hedge funds, Countrywide Financial, Bear Sterns… greed itself has just been bailed out on the backs of the middle class.

Hey Red states!... You are now subsidizing the Blue states and enabling their most affluent and highly educated residents to continue a lifestyle of unspeakable (and unsustainable) excess.

So it looks like all the Realtor RPAC (the largest and most affluent and influential PAC our country has ever known) money paid off!!!!

If you are as outraged as I am over this….

LET THE FOLLOWING RESPONSIBLE PARTIES KNOW! THIS IS YOUR LAST CHANCE...

Posted by SoldAtTheTop at 2:40 PM