Lowdown on Zero Down 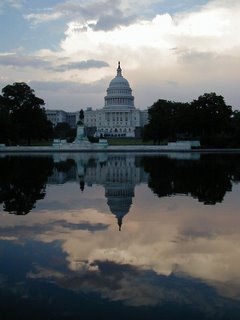 In a time when, arguably, the best remedy for what ails our national housing market should come in the form of regulatory cleansing of the numerous and prevalent “loose” lending and underwriting practices, the Federal Government seems bent, instead, on joining in the fray.

First, there was the FHA Manufactured Housing Modernization Act of 2006 (HR 4804, passed by the house overwhelmingly on July 25) that, if passed into law, would attempt to make the FHA more “competitive” be re-defining many of the limits and minimums needing to be met when qualifying a candidate for loan assistance.

Under the guidelines of this act, the Federal Government would insure a “zero-down” loan to first time buyers who meet the following basic requirements:

Optionally, the borrower may also allow the lender the right to notify the third party counseling entity should the mortgage ever become 60 days delinquent. This option would allow the borrower the opportunity to rectify the delinquency prior to any action of foreclosure.

Additionally, the act, which would remain in effect until September 10th 2010, would insure a maximum of 50,000 loans per year but would require that the number of current “zero-down” loans to never exceed 10% of the FHA’s overall portfolio. Moreover, if the claim rate ever were to exceed 3.5%, the program would become suspended until the rate becomes 3.5% or less.

Given the overwhelming support shown to the FHA Modernization Act during its “roll call” vote on the floor of the House in July, this bill, positioned as a much needed assistance to lower income Americans who have been increasingly priced out of the competitive housing market, will probably generate little partisan debate.

Although, not all members of the House are without a disagreement to its passage as noted by the following excerpt of the dissenting view authored by Representative Ron Paul (R-TX):

The requirement that homebuyers make a downpayment ensures that a prospective homebuyer is a worthy credit risk and reduces the likelihood of default. After all, people are less likely to abandon property if they have invested substantial savings in the property in the form of a downpayment.

A friend of mine was informed by a mortgage broker that his business was experiencing an increase in defaults. According to this mortgage broker, one reason for this was the failure to require downpayments; private industry has excessively relied on credit history information instead of a downpayment to entice more people into the home market. H.R. 3043 authorizes the federal government to repeat this folly. Does anyone really believe the federal government will succeed where the private sector has failed? Before answering that question, my colleagues should consider that FHA foreclosure rates are already at record levels! Of course, if default rates rise, Congress can pass a new program making the taxpayers responsible for the monthly mortgage payments of holders of FHA insured loans.

H.R. 3043 will harm the economy by artificially increasing the demand for housing, causing resources to be diverted from other uses into housing to meet this government-created demand. Allocating resources based on market-distorting government programs insures that those resources will not be devoted to their highest-valued use. Thus, government interference in the economy results in a loss of economic efficiency and, more importantly, a lower standard of living for all citizens. The only policy guaranteed to maximize economic growth and the well being of citizens is to allow the actions of private individuals in a free-market to determine the allocation of resources.

Government polices have already artificially inflated the demand for housing, creating a housing bubble. While the temporary effect of this bubble may appear beneficial to homebuyers and homebuilders, eventually they will suffer when the housing bubble bursts. Encouraging more people to enter an already-inflated market will only increase the economic damage and human suffering the bursting of the housing bubble will cause.

As with the FHA Modernization bill that preceded it, this bill has the potential to benefit many first time home buyers, especially lower income buyers, who would otherwise be more susceptible to the viscous dealings of predatory lenders.

On the other hand, the “zero-down” loan, as a practice or product, is most likely the result of irrational expectations made commonplace during this particularly enthusiastic and hyper-optimistic housing cycle.

Keep in mind, these borrowers would be particularly susceptible to a housing market downturn as they, by definition, will have zero equity on the day of their closing, leaving foreclosure as the only escape route out of their loan obligation.

Should the Government really be getting into the business of reinforcing sloppy lending practices by guaranteeing loans to applicants who, during any other era, would not have been qualified?

Posted by SoldAtTheTop at 6:04 AM