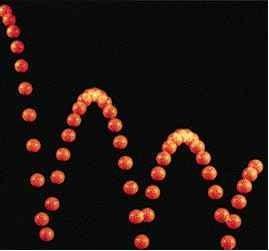 Or, maybe MAR President Doug Azarian summed it up with the following guarded optimism:

“We are encouraged about the way January has started off… As sellers continue to price their homes correctly, we should begin to see demand pick up, inventories go down, and the market becoming more balanced.

Obviously, looking at the numbers there is a significant increase to single family home sales this January versus the results of January 2006.

Of course we could debate about the MARs numbers and The Warren Groups numbers but for sake of simplicity let’s just consider the MAR numbers.

First, keep in mind, Boston as well as the whole of the Northeast has experienced exceptionally mild weather in January allowing for many more days of buying activity than would have otherwise occurred.

Additionally, prices have been falling fairly regularly since June 2005 and again dropped 2.1% in January.

So, we are continuing to see a decline, both sales and prices are significantly below the peak values and soon the spring inventory will rejuvenate competition putting further pressure on prices.

Unfortunately, MAR seems to have trimmed their reporting of inventory and days on the market so, for now, we will have to live with the following key statistics for January 2006:

Posted by SoldAtTheTop at 12:16 AM