Inventory Restocking: Over or Just Beginning? 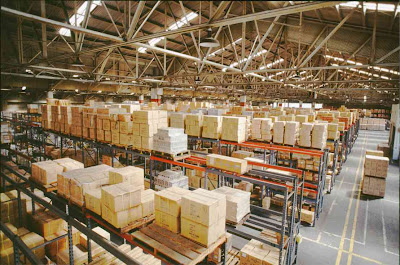 Look only at the inventory-to-sales ratio published in the latest Census Bureau’s Manufacturing and Trade Inventories and Sales report, one would think that the inventory bounce seen since Q4 2009 was essentially complete but digging a little deeper may cast some doubt.

While the inventory-to-sales ratio has essentially completed its correction, dropping to a “healthy” level of 1.25 months, the ratio is a result of two inputs that are both telling very different stories.

First, the inventory bounce seen since September, in terms of manufacturers’ and trade inventories, has been slight increasing only $7.035 billion and more importantly, actually declining in December 2009 and remaining 9.73% below the level seen in December 2008.

This hardly suggests a picture of strength for manufacturers’ and trade inventories and more or less suggests that the draw-down of the inventory overhang is still ongoing or at least still clearing.

As for sales, they are outperforming increases in inventories by a ten-fold jumping by $72.524 billion since reaching a low in May of 2009 and sitting 4.70% above the level seen in December 2008.

At this point the inventory-to-sales ratio is being strongly influenced by increasing sales and only slightly affected by tepid increases in inventories suggesting that should sales continue to trend higher, manufacturers’ will likely continue to increase inventories and maintain a ratio somewhere 1.25 and 1.35.
Posted by SoldAtTheTop at 1:18 PM