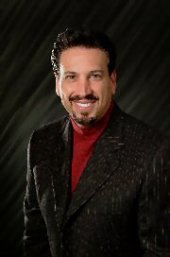 NOTE: The video links below are a MUST WATCH for anyone that truly wants better insight into how the housing run up got so out of control.

Watch the streaming video here: There Is No Bubble

Apparently, this wasn’t his first televised appearance either, as Habib has been a regular guest on CNBC as well as being frequently featured on other widely viewed cable and broadcast channels.

During the segment, Habib’s outlook, as well as his blatant and seemingly disingenuous disregard for the obvious declining state of housing, provided a stark reminder that many “analysts” have a significant interest in attempting to convince others to ignore the facts going on around them.

Like others in his camp, Habib chooses to conveniently protest the existence of a housing bubble at the national level. This is an important caveat as, even given the current, unprecedented run-up in home prices; the case for a bursting national housing bubble is not as easy to make as it is for some of the “red hot” individual markets.

The national housing market is really just a collection of hundreds of regional and local housing markets, many of which experienced only moderate appreciation over the last 10 years. So, national numbers, essentially being national averages, tend to show more moderate growth and more limited declines resulting in what would be considered non-cyclical trends... i.e. generally speaking no booms or busts.

That being said, the National Association of Realtors recently announced that 28 states and the District of Columbia are now experiencing declining home sales. It may not be long before those states register a decline in median home prices as well and then, possibly, a truly national housing bust would be more of a reality.

In any event, the numerous “metro” housing bubbles are a firm reality anecdotally and statistically and, given their sheer number and the number of people that will be affected by their decline, you can be sure the U.S. is in for some rough waters ahead.

So, should a “veteran analyst” doubt your claim of a bursting national housing bubble, instead ask him how he feels about the bursting bubbles in Boston, Washington DC, Miami, Tampa, Chicago, Phoenix, San Diego, New York, Los Angeles, Honolulu, Seattle, Sacramento, San Francisco, etc. etc… you get the picture.

P.S. For those of you interested in watching Habib’s prior appearances on CNBC I have compiled the videos below. Particularly notable is the segments in which Habib encourages others to get “Screaming Bargain” ARM loans!