Once I lived the life of a millionaire
Spending my money'n I did not care
Carrying my friends out for a good time
Buyin’ bootleg liquor, champagne and wine

Lord but I got busted and I fell so low
Didn't have no money and nowhere to go
This is the truth, Lord, without a doubt
Nobody wants you when you're down and out

Lord, if I could get my hands on a dollar again
I would hold it till that eagle grins
I would try just for one little house
Nobody knows me when I'm down and out

The inflation that we are seeing today was not caused solely by recent exogenous shocks like China’s COVID lock-downs or the war in Ukraine or any other temporary event, but instead it has come as the result 15+ years of reckless monetary policy and 30+ years of moral hazard induced mal-investment.

Like the misguided mindset of pre-1970s forest management, suppressing every fire in an effort to “protect” the forest, a process that Mother Nature was perfectly capable of performing for many millions of years without the “benefit” any human intervention, the “stewards” of our financial eco-system have consistently prevented the natural cleansing effect of major market downturns and financial crisis. 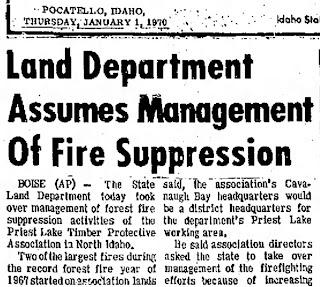 Worse yet, the Fed and their global central banker counterparts through their extraordinary “easy money” policies (i.e. ZIRP/NIRP, QE) literally spread combustible debris all over the global financial system in an foolish effort to manage a macro-economic “controlled burn” that only worked to warp our sense of value while simultaneously encouraging immense amounts of reckless speculative activity.

The “cause” of today’s inflation is the over-expansion of the monetary base and all associated money aggregates, the “effect” of inflation is rising prices, but between this basic relationship lies probably the most important stimulating factor, namely human psychology.

What makes a person pay an additional 9% for a consumer good this year than they did last year? Why would a prospective home buyer willingly compete in a bidding war that sends the final purchase price 30% over the original asking price and obviously out of line with the property’s historic valuation? Why would youth with nearly zero real wealth be pumping whatever meager “money” they do have into a stock trading app in the hopes of a quick payoff on shares of any company much less aging firms clearly in their twilight years? Why would an otherwise financially astute investor be duped into believing that he could purchase a tweet and further that it was worth nearly $5 million? How could an obviously strange deep-talking 19 year old Elizabeth Holmes con the venture capital community out of $700 million for a prospective innovation that could easily, with minimum due diligence, be shown to defy the limits of physical reality?

We are in an era where fantasy has replaced cold hard facts and market participants prefer to LARP their way through their life’s trajectory entertaining one outlandish concept or another rather than simply cultivating the real earned product of toil and time.

This outcome was not by accident either, but by the Fed (and their global central banking counterparts) and the Federal government’s choices. When the value of money is undermined, particularly as fundamentally as it has been over the last many decades, it distorts the human psyche and unleashes irrational wants, desires and perceptions leading to actions that would never be possible with harder earned real wealth in a more grounded real world.

In a high energy and highly preposterous environment like this, it only took the inevitable spark, the COVID-19 pandemic panic, to provide the final stimulus to light-up things and start an epic inflationary conflagration going and ultimately the greatest, most fundamental challenge of our time.

We need face up to this challenge and get back to the world of sound money and prudent behavior.

This coming economic reckoning holds the hope for a post-crisis reality that goes “back to basics” on many fronts albeit at the cost of massive asset price declines, a federal finance and budget catastrophe, a sharp increase in long term unemployment and a never ending list of financial (and real) suffering as the dreamy wild times of the bubble decades of the “Great Moderation” become distant memories.

The task at hand for the Fed at this critical moment, provided that they truly want to tackle inflation and right the wrongs of their prior policy, is to fully embrace a new era, the “Great Agitation”, and a shift of the macro-economy back in the direction of sound money.

This is no small task and is not accomplished with a rate hike here or there but rather a commitment to contract the monetary base, no matter how painful the process may be, stamping out speculative fevers while fully disabusing all market participants of the notion that “easy money” will ever been seen again in their lifetimes.

Painful as this process may be, it is the only true path forward to a world that retains the integrity of our traditional political and economic the systems.

If the Fed again panics in the face of the economic turmoil and pivots back to desperate money creation and inflation just to buy a measure more of “stability”, then we will be truly be repeating history as this latest empire simply degenerates into a modern Dark Age of meaningless chaos.

Posted by SoldAtTheTop at 10:14 AM