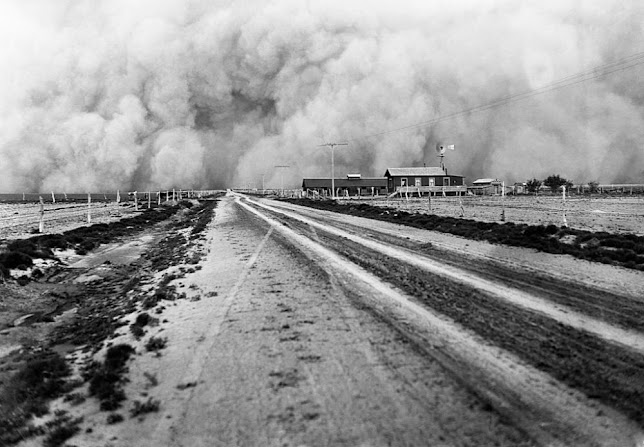 It’s time to face the facts, recession is here, not “officially” of course since it takes the NBER with a boat load of highly revised and settled macro-economic data to officiate that fact, but “technically” and in a fashion that is widely felt.

Q1 2022 registered a first negative real GDP print for this cycle (i.e. the cycle that started after the COVID pandemic induced mini-recession) and only the third (but most significant) time a quarter turned negative (if you leave off the COVID debacle) since the end of 2008’s Great Recession.

Add to that the fact that the Fed itself is now forecasting a second negative print for Q2 2022 and its becoming pretty evident that the economy is in the middle of a significant down shift that is only going to get worse with the full realization of the impact of each major headwind.

The data visualization below (click for larger dynamic version) is displaying the Real GDP percent change from the preceding period (in blue on the left axis), the Atlanta Fed’s GDPNow Real GDP estimate annualized rate (in red on the left axis) and the Chicago Fed’s Brave-Butters-Kelly (BBKI) leading sub-component of GDP (green on the right axis).  In summary, Q1 saw an actual 1.6% contraction in real GDP from the preceding period, the Fed is currently estimating -2.0% annualized contraction in GDP while one of the Fed’s high frequency models is forecasting nearly a -3.0% going forward.

The economy is currently contending with rising consumer prices primarily coming from general monetary inflation stimulated by the Fed’s own “easy money” policies over the last 13+ years, exploding food and energy costs with notable product shortages, an evolving stock market rout with an ever looming crash-out end-game, a quickly souring national housing market fragilized by speculation and loose lending and now traumatized by the abrupt reversal of interest rates, global uncertainty coming from the now obvious quagmire that is the war in Ukraine and a stymied supply chain from a China unwilling or unable to return to a post-COVID normal order.

That would be a sufficient array of challenging issues for even the most competent government and economic order to face up to but one gets the sense that our current “leadership” is woefully out-classed and simply incapable of even waging the most modest of effective responses to even just one of those many issues.

With all of that stated “gloom”, where do we go from here? The answer is pretty simple “doom” or in other words, “down”.  And not just a little down mind you, way back down to 2008 and beyond as genuine “fact” finally catches up with the Fed’s economic “fiction” and yields the compounded negative real return on the massively appalling mal-investment that was the mop-up of the Great Financial Crisis.

The “Real Great Recession” is now looming as the reckless policy response on the part of the Fed and the Federal government in the wake of the 2008 Great Recession, endlessly pumping, priming and backstopping in an effort to simply “kick the can down the road” thereby softening the blow for that era’s legion of weak hands is now realized to have come at an enormous expense of today’s totally FUBAR-ed bag-holders.

But this “doom” does not have to represent only misery and depression.

An epic economic reckoning will bring enormous opportunities as fundamental bouts of “creative destruction” run roughshod over a cornered economic system with no escape and the only path forward leading through the pain.

Business will go crash-out, households will go bust and paper wealth will vaporize and fade from memory taking with it the rampant fever for “easy money” fueled speculation while local, state and the federal governments, severely constrained, will be unable to do much more than simply attempting to manage keeping the peace.

Bleak outlook indeed, but as that famous Stoic philosopher, Seneca the Younger put it “Nothing lasts forever, few things even last for long, all are susceptible of decay in one way or another; moreover all that begins also ends.” Or as Semisonic more optimistically put it a little more recently, “Every new beginning comes from some other beginning's end.”