Adding a Little Color to Countrywide 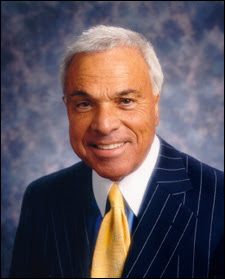 On Thursday, the executives at Countrywide Financial (NYSE:CFC) held their conference call to discuss the results for the first quarter of 2007 showing net earnings dropping 37% as a result of swelling delinquencies and growing impairment charges.

To combat the slide, Countrywide is taking measures to tighten credit standards as well as increasing its pricing to account for additional future risks.

“In terms of the adjustments that Countrywide has made in response to market conditions, I mentioned that industry guidelines had been tightened. Well we have also significantly tightened our own credit guidelines and programs. For example, ‘materially restricting’ 100% loan-to-value financing. Carving back, materially, reduced documentation programs… particularly on the high LTVs. Eliminating subprime second mortgages which have particularly been impacted by liquidity and loss of value in the market.”

It’s interesting to note that although Countrywide is not completely eliminating the 100% LTV subprime loans, they are restricting activity to a very small percentage as well as limiting other similarly risky products.

The following lists the changes to subprime lending standards implemented recently at Countrywide:

A particularly interesting outcome of these changes lies in the elimination of the Subprime second liens as these were typically used for the 20% “piggyback” of the 80/20 100% LTV products.

As Sambol puts it:

“As I mentioned, we are no longer doing subprime seconds, in part because of the lesser investor demand for that product. And most of those seconds represented the 20% piece of a 100% financing loan, the 80/20 that you might be familiar with that were very popular in the subprime market. And again, if you recall, we have materially curtailed our program such that we expect to do very few subprime 100% financing going forward.”

As for pricing, Sambol adds that the latest rate sheets more accurately value risk as well as simply reflect the less competitive market environment that exists now after many industry players have gone bankrupt.

“And then pricing of new loans that we are originating have also been adjusted to provide for a more conservative loss assumptions, higher yields on our retained interest from future originations and greater origination margins as well.”
“We’ve seen credit occurring in the industry and we have tightened our guidelines somewhat as well on the Alt-A side. And I would point out that our rate sheets and our pricing fully reflects all the widening seen in the markets.”

“We are now pricing our rate sheets to provide for profitability in each of our channels. Where I will tell you that in 2006, for much of 06 and 2005, competitive conditions were such that in certain of our segments we were pricing to break even, it was that tight. But with the exit of the market of so many players, we and the rest of the industry have materially increased rates and starting as early as the first quarter we expect to see each of our production divisions, our retail subprime operations, wholesale and the little bit we still do on the correspondents side generating positive margins.”

In fact, the pricing for subprime loans seems to have increased substantially as seen by comparing this Countrywide rate sheet for Massachusetts dated March 12 to the following one dated April 16.

When discussing the impairment charges accounted for in Q1, Sambol states:

“The impact both of write downs to our subprime investment and to our production profitability in the first quarter stemming from the turmoil in the subprime market. We have quantified that the quarter-over-quarter impact was approximately $400 million.”

On page 7 of the supplemental presentation associated to the conference call there is an interesting footnote on the “Impairment of retained interests” item that reads “Change in impairment of retained interests includes $53 million from other 1st lien residuals with loan features that are similar to subprime” seemingly indicating that a significant percentage of the impairment charges came from prime loans.

Diging into the Q1 results it appears that the actual impairment numbers were a little heavier than in Sambol’s presentation, particularly the prime loan charges.

Later in the Q&A portion of the conference call, CEO Angelo Mozilo was asked to elaborate on Countrywide’s recent switch over to an OTS regulated thrift which was a change that Mozilo to strongly denied had anything to do with sidestepping new Federal Reserve regulations.

“That decision was made because of, I think, two primary reasons. One is that the OTS has a historical housing mission and that matched up with our mission much better than the OCC and the Fed. We had no particular complaints about the Fed at all, nor the OCC. We believe we enjoyed a solid relationship with them but the practical matter was that when we began to examine where this company was going over the next decade and beyond, we did not see ourselves in any business that would require an OCC charter and Fed supervision. We are not going to be a lender in commercial loans in Japan or any of those kinds of things so the businesses that we planned to be in matched up perfectly with the authorities of the OTS. The second reason which was tied to that is that it is much more difficult for, at least for us, to manage and deal with two regulatory bodies that from time to time went in two different directions, than it was to deal with a single regulator that examined the bank and supervised the parent.”

When asked about his outlook for the market and home prices as it relates to Countrywides business, Mozilo replied:

“I think, bottom line, it’s very difficult to determine where [home] prices are going. It would certainly, based upon our view of where the world is today, increased foreclosures, as that comes on to the market we’ve got to work through that. During that period of time, in certain areas of the country values will go down. Certain unique areas of the country, values will stabilize and others, although few, where values will continue to climb but not at the rate they did before so it’s sort of a mixed bag.”

The entire conference call can be listened to here.

Posted by SoldAtTheTop at 12:10 AM