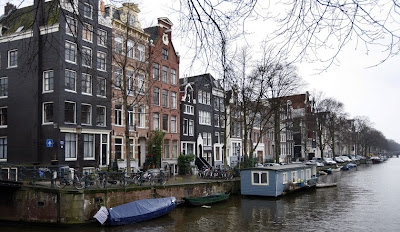 In 1997, Piet M.A. Eichholtz of Maastricht University in the Netherlands published an influential paper entitled “A Long Run House Price Index: The Herengracht Index, 1628 – 1973” within which was compiled a 345 year hedonic repeat-sale (similar to Case-Shiller) index constructed using a single canal district of Amsterdam.

Additionally, Eichholtz supplied the index in both nominal and “real” (inflation adjusted) terms resulting in probably the most striking outcome of the entire body of research.

Looking at the charts below (click for ultra-dynamic zoomable version) you can see that while in nominal terms home prices experienced various large run-ups, particularly after 1900, in “real” terms housing experienced little to no appreciation.

NOTE: due to a technical glitch all series hosted in the charts below cover the range from 1753 to 1973 as opposed to 1628. The full dataset can be downloaded here.

This study offers solid evidence that although within a single lifespan housing prices may fluctuate dramatically and even present periods where prices appear to climb without end, in the long run, prices stay, more or less, in-line with general price and wage inflation.
Posted by SoldAtTheTop at 10:23 AM