Over 100 Years of Unspectacular 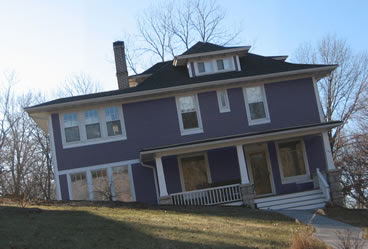 It’s no doubt that we live in speculative times, so in an effort to keep perspective on a day in which the traditional media will endlessly debate and interpret the outcome of the latest S&P/Case-Shiller report, let’s reflect for a moment on Robert Shiller’s famous 1890 “real” home price index.

Below (click for full-screen super-dynamic version) is the “real” (inflation adjusted) national annual home price index constructed by Professor Robert Shiller that stretches all the way back to 1890.

The three most prominent features of this dataset are the giant crater in prices that commenced somewhere in the early 1900s and lasted until the mid 1940s, the epic run-up that started in 1997 and ongoing decline that we are experiencing today, and finally the fact that taken together the whole series indicates that home prices, more or less, have remained flat (in real terms) for more than 100 years.

That’s quite a contrast to the overconfident “houses never lose value” sentiment or the epically speculative “flip this house” mentality that ran roughshod over our culture in the 2000s.

Not only do prices sometimes go down, sometimes they go down and stay down for over twenty years.

Sometimes they trend up so dramatically, inflated by transient and artificial conditions in banking and government, that they eventually must revert to the mean in order to remain in-line with more fundamental and longstanding economic trends.

Finally, although this latest housing boom convinced many in the 2000s that they should “go long” housing, levering up and speculating to the extent that they traded pre-construction condo contracts like they were internet stocks, the long term price curve eked out by U.S. housing, as an asset class, is so unspectacular that it warrants only the most dispassionate and utilitarian “investment” approach.
Posted by SoldAtTheTop at 9:23 AM