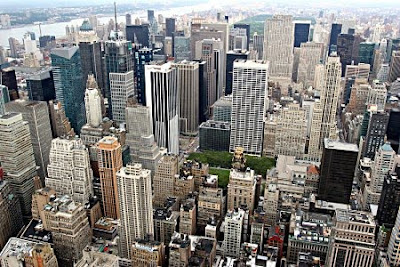 After a year of epic government stimulation and a seemingly “all in” wager on the part of stock “investors”, it’s important to recognize that trends on the upper-end of residential real estate have little changed.

We’ve already recognized that price movement for residential real estate on the high tier of many of the country’s more affluent cities, largely unaffected by the government gimmicks and “green shoots” confidence, have continued to trend down but what of the “superstar” markets that were once thought to be immune from all economic conditions?

One "superstar" that stands out above the rest is, of course, New York City where residential real estate in Midtown once fetched well over $1300 per square foot.

Today though, prices in Midtown appear to be trending down the backside of the credit/finance bubble declining at an annual rate of over 21% and standing at a level far less than $1000 per square foot as you can see from the following chart of Radar Logic daily data.

Further, it’s important to recognize that it wasn’t that long ago (just six years) when Midtown only fetched a mere $650 per square foot for its prime residential space and if that level were to be retraced, it would represent roughly a 50% decline from the peak set in 2008 and an additional 30% from today’s level… hardly an unaffected market.

While this appears to smash the concept of “superstar” cities to bits and pieces it also speaks volumes of the character and confidence of the Wall Street moguls that tended to buy these properties during the boom period.

Wall Street is raging, absurd bonuses are essentially back on but Midtown real estate is firmly on the decline.
Posted by SoldAtTheTop at 8:32 AM