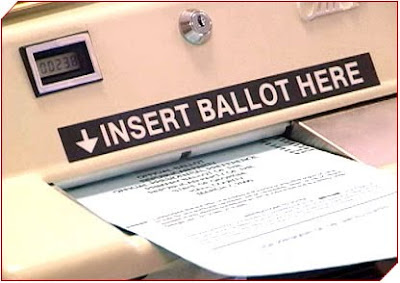 Few would argue that our democracy is not in sorry shape with its defective and counterproductive two party scam, scores of self interested career politicians, massive and growing bureaucracy, corrosive insider and lobbyist interests, reckless policy schemes, swelling class of recipients of public funds, trillions of debt, bailouts, quantitative easing… the list goes on and on.

For the individual, the current state of affairs is particularly depressing as we are continually asked to be a party to this ever growing list of insanity through the regular electoral process and through our taxes dollars yet, what difference does our participation make?

To many, elections seem a sham as both parties serve up candidates that stir little inspiration and result in “more of the same” style leadership while taxes are simply wasted on the boondoggles created by generations of policy malfeasance.

It seems that in our system there is no real method for an individual through typical civic activity to participate in real change… you are forced to simply pay your taxes and pull the lever for the least worst candidate in hopes change will come from repeating this same irrelevant process over and over again.

Further, there are many regions of the country where, through gerrymandering or other schemes, one of the two parties rules with absolute domination resulting in the complete elimination of purpose for the minority of electorate who would seek candidates in opposition.

Taken together it’s not hard to see why American’s sense of civic duty is at best lackluster.

Given these circumstances, I think now is the perfect opportunity to seriously consider either an Act of Congress or even a Constitutional Amendment to establish the purpose, right and proper procedures for a National Advisory Referendum.

A National Advisory Referendum would work at the federal level similarly to state ballot questions except for the fact that the outcome of any question would be non-binding and carry no legal change to the status quo.

In effect, a National Advisory Referendum would officially and clearly capture the “will of the people” documenting for immediate and historical purposes the state of the electorate across a range of important issues.

This process would likely work to guide legislators on important actions and stand as an important historical record especially when actions by the legislative and executive branches of our government run counter to popular public opinion.

Furthermore, popular federal ballot questions would likely work to drive voter participation as it would present a new way for voters to take part in a process outside the bounds imposed by state party dominance.

You can read more about a National Advisory Referendum by searching the net as it has been posed for various issues many times in the past and the Center for Study of Responsive Law (a Ralph Nader organization) even has a model law sketch that fleshes out some basic procedures.
Posted by SoldAtTheTop at 12:02 PM