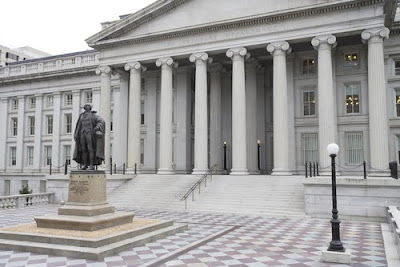 Oh Mercy… the Treasury is on the “loan modification” bandwagon again and in all likeliness the outcome of this program will be about as unsuccessful as prior attempts by the feds to stave off foreclosure for hundreds of thousands of ill suited "homeowners".

It’s important to recognize the impact that these programs are having on the nation’s housing markets, mucking up the market clearing process by gumming up the works with red tape, paper trails and needless lawsuits and expense.

It’s a near perfect example of the federal government’s exceptional ability to traumatize an entire market in the attempt to benefit a few participants who would be better off just left alone.

Yet… the fact remains that they needed modifications in order to stay in “their” homes so forgive me if I seem a bit callous to their plight.

All things being equal, recipients of mortgage modifications would have likely done better to face reality and recognize that they made a serious financial error with their housing “investment” and move on.

A brisk “creative destruction” phase is no doubt more beneficial to the overall market than the lengthy “uninspired construction” that the feds have whipped up.

Yet, the feds march on with failed policy after failed policy hoping that somehow their good intentions can erase the mistakes made by a generation of rubes and speculators but never fully recognizing that their actions net out to an utter loss for the system as a whole.
Posted by SoldAtTheTop at 11:55 AM