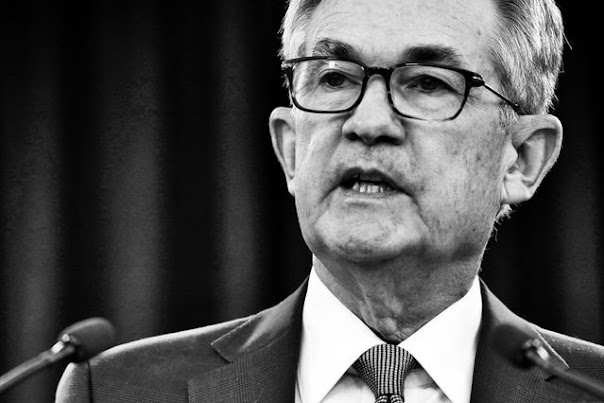 The following is the complete text of today’s FOMC statement with my comments inline:

Overall economic activity appears to have picked up after edging down in the first quarter. Job gains have been robust in recent months, and the unemployment rate has remained low. Inflation remains elevated, reflecting supply and demand imbalances related to the pandemic, higher energy prices, and broader price pressures.

Sold: While the above is somewhat accurate, there have been many instances of inflation-driven headwinds coming from retailer earnings, slowing reported retails sales, historically low consumer confidence and CEO guidance.   Further, given that we are probably at the literal turning point for employment, the above sentiment seems a bit backward looking at this point.

The invasion of Ukraine by Russia is causing tremendous human and economic hardship. The invasion and related events are creating additional upward pressure on inflation and are weighing on global economic activity. In addition, COVID-related lockdowns in China are likely to exacerbate supply chain disruptions. The Committee is highly attentive to inflation risks.

Sold: While there is no doubt that the Ukraine affair and the continued COVID disruptions are contributing factors to the inflation that we are currently seeing, the above statement is a major misstep and shows a pretty significant lack of judgment.

This is a risky move given that inflation will likely continue on beyond these temporary conditions or will show itself to be greater than what can be reasonably accounted for by these disruptions leaving the Fed, yet again, looking unprepared and out of touch with the economic climate.

Obviously, the inflationary instigator that the Fed wishes to avoid highlighting is the plain and simple monetary inflation that they themselves caused by 13+ years of reckless quantitative easing (QE) and zero-percent-interest-rate (ZIRP) policy.

Until the Fed, and particularly Powell, own up to exactly what we are facing, they are doomed to forever be behind the curve on confidence and credibility.

The Committee seeks to achieve maximum employment and inflation at the rate of 2 percent over the longer run. In support of these goals, the Committee decided to raise the target range for the federal funds rate to 1‑1/2 to 1-3/4 percent and anticipates that ongoing increases in the target range will be appropriate. In addition, the Committee will continue reducing its holdings of Treasury securities and agency debt and agency mortgage-backed securities, as described in the Plans for Reducing the Size of the Federal Reserve's Balance Sheet that were issued in May. The Committee is strongly committed to returning inflation to its 2 percent objective.

Sold: This is a generally strong statement as the Fed is forcefully indicating their intent to continue moving forward with their balance sheet normalization plan but the Fed Funds rate range is so paltry compared to the latest reads on inflation.

The following details where inflation is as of April:

Bear in mind that these data-points are all a bit lagged and have likely to truly capture the intensity of the inflationary pressures coming from rising energy (particularly gasoline) prices as of late.  The Feds Federal Funds rate will need to get a lot closer to the general inflation rate in order to reach the 2% goal that the Fed currently purports to desire.

In assessing the appropriate stance of monetary policy, the Committee will continue to monitor the implications of incoming information for the economic outlook. The Committee would be prepared to adjust the stance of monetary policy as appropriate if risks emerge that could impede the attainment of the Committee's goals. The Committee's assessments will take into account a wide range of information, including readings on public health, labor market conditions, inflation pressures and inflation expectations, and financial and international developments.

Sold: Apparently Esther George concluded that a 50bps hike was sufficient either given the yet to be fully realized effects of the two prior hikes or as a result of the obvious impact that these hikes have been having on financial markets, but in any event, the consensus was for the more substantial hike.

Frankly the Fed should have gone with an even bigger +100bps or +125bps hike given that “inflation physiology” is in full swing among the general population.  Going in to today’s meeting, the Fed was clearly behind the curve, coming out, it appears that at best they singled their willingness to take up the fight but with inflation raging and the narrative fully unmoored, it is hard to truly see today’s announcement as actually catching up.

Posted by SoldAtTheTop at 4:27 PM