The Great Moderation Gives Way to the Great Agitation 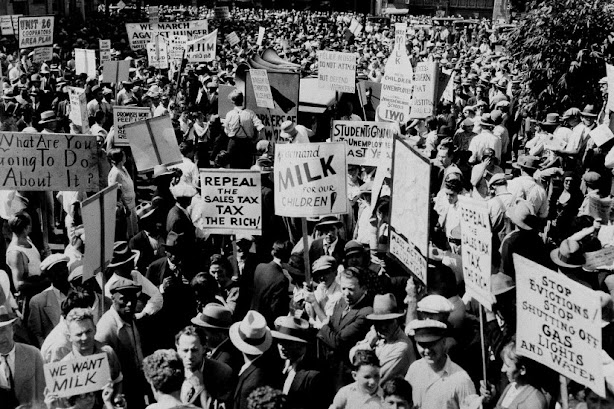 When Ben Bernanke in 2004 (prior to his chairmanship but as a Fed governor) detailed his thoughts on the various causes of the “Great Moderation” to the Eastern Economic Association, little did he know that he was, ironically, right on the precipice of the beginning of the end of this unique period.

Generally defined as a period of decreasing volatility where firms, households and institutions could rely on a steadier, stable and predictable macroeconomic backdrop, the Great Moderation is generally accepted to have begun in 1984 after the Fed’s successful defeat of the rampant stagflationary period of the 1970s.

As recounted by Bernanke:

Bernanke then goes on to detail various possible causes of this period of stability, digressing into voluminous explanations involving the Taylor Curve, and ends by roughly concluding that “improved performance of macroeconomic policies, particularly monetary policy” was likely the main instigator:

“I have argued today that improved monetary policy has likely made an important contribution not only to the reduced volatility of inflation (which is not particularly controversial) but to the reduced volatility of output as well. Moreover, because a change in the monetary policy regime has pervasive effects, I have suggested that some of the effects of improved monetary policies may have been misidentified as exogenous changes in economic structure or in the distribution of economic shocks. This conclusion on my part makes me optimistic for the future, because I am confident that monetary policymakers will not forget the lessons of the 1970s.”

What is completely absent from Bernanke’s assessment though are the significant instances where the Fed itself worked specifically to moderate volatility thus thwarting normal market function in the name of a new implied Fed mandate of “economic stability” and, over the long run, setting up the circumstances for a new emerging era of significant, possibly uncontrollable, volatility and tumult.

In response to the “Crash of 1987” then Fed Chair Alan Greenspan, barely two months in office,  snapped into action directing the Fed to function in its role as “lender of last resort” supplying liquidity through their open market operations and issuing a statement providing, in clear and unequivocal terms, the Feds position on the matter.

“The Federal Reserve, consistent with its responsibilities as the Nation's central bank, affirmed today its readiness to serve as a source of liquidity to support the economic and financial system".

And with that one statement Greenspan, singlehandedly, created the “Fed Put” (once called the Greenspan Put), an implied guarantee that the Fed would always work to place a floor under the stock market in the interest of maintaining the stability of the financial system.

The “moral hazard” created by this single Fed policy change is hard to overstate.

Markets are nothing if not a risk discounting mechanism and by injecting itself into the downside portion of the risk calculus, the Fed severely disrupted normal market function, distorted investor’s perception of risk and particularly kneecapped the process of creative destruction.

From that point on, the Fed assumed a new implied mandate, namely maintaining “economic stability”, to add to their existing primary functions of maintaining “stable prices” and “maximum employment”.

But Greeenspan did not stop there, with the Fed’s new implied “economic stability” mandate expanding in 1989 from simply covering systemic shocks coming as a result of stock market loss to also providing a bailout backstop against losses incurred by banking and financial interests, specifically the savings and loan thrifts of the late-1980s “Savings and Loan Crisis”, in an effort to contain the impact of numerous insolvent institutions on the financial system.

“Arrangements have been established for the provision of liquidity support to savings and loan associations by the Federal Reserve Banks and the Federal Home Loan Banks,” Greenspan said in February 1989 in a joint statement with M. Danny Wall, chairman of the bank board. 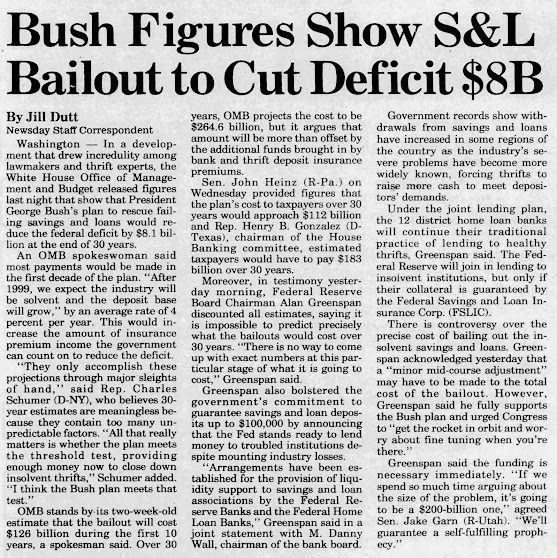 Expanding this implied mandate even further still, Greenspan in 1998, in an effort to contain the potential systemic shocks coming from the abrupt collapse of the highly leveraged hedge fund Long Term Capital Management, brokered a private $3.6 billion dollar bailout by a number of financial institutions.

“Had the failure of LTCM triggered the seizing up of markets, substantial damage could have been inflicted on many market participants, including some not directly involved with the firm, and could have potentially impaired the economies of many nations, including our own,” Greenspan said. 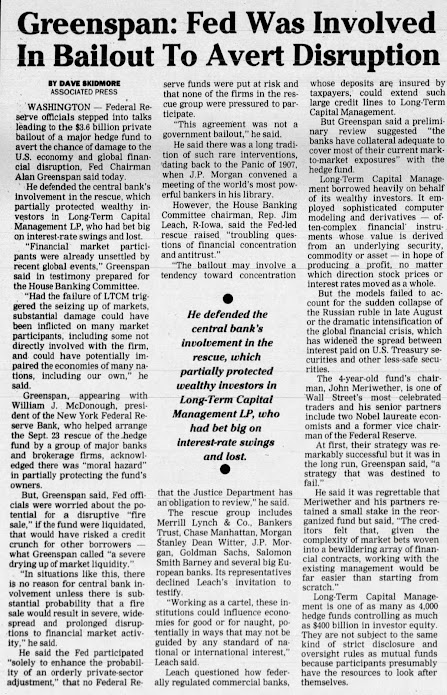 Yet, Bernanke speaking in 2004, never mentions this obviously consequential shift in Fed policy in his analysis of the causes of the Great Moderation’s lower volatility and, not surprisingly, once confronted with similar systemically damaging circumstances as Greenspan faced, Chairman Bernanke blinked in the face of the fear of the fallout coming from the collapse of the massive housing bubble in 2008 and took the Fed to epic levels of support, backstopping and bailing to an extent that Greenspan probably could have scarcely imagined.

Finally, over a decade later, the COVID-19 panic was met by current Fed Chairman Powell with more of the same, seeing the Fed immediately slash their primary policy rate to the zero-bound and re-engaging the quantitative easing schemes created by Bernanke in an effort to specifically to ensure against economic instability coming from this outsized exogenous shock.

But now, after 35 years of bailing and backstopping and freighting levels of monetary creation, inflation is finally raging and the actual cost of all of this “moderation” is coming due.

The “Great Moderation” era has finally and fully relented to a new, polar opposite age, the “Great Agitation”, where not only will the Fed not have the ability to moderate volatility but, instead, will be forced to create volatility by imposing “tight” monetary policy.

While many believe that the Fed will ultimately have to give up its aim of tamping down inflation and ultimately continue expanding the monetary base in support of the stability of the economic system and the solvency of the Federal government, my sense is that this perspective is misguided.

If the Fed were to continue to attempt to expand the monetary base in the face of rampant inflation and against a backdrop of an inflation narrative that they have completely lost control of, it would be a system ending maneuver.  There would be no more need for additional accommodation since there would be no remaining vestige of a legitimate economic system to protect.

What we can expect from the coming years of “agitation” should be pretty predictable as volatility generally brings unrest and resentment and societal tumult, and while there is a plausible, even likely possibility of a positive outcome from this reckoning, clearly, the pain will be widely felt and the stakes are very high.