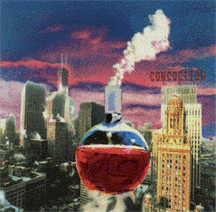 For those of us who concern ourselves with every little twist and turn of the ever-changing state US housing market, it can be easy to loose perspective and conclude that everyone else interprets the data similarly.

In fact, though, nothing could be farther that the truth. At every turn there seems to be some willing to ignore what would seem like fairly substantial evidence that things are awry, in favor of some “reinterpretation” or otherwise “new era” view of things.

In March of this year, a husband and wife team of Gary and Margaret Hwang Smith, two professors of economics from Pomona College presented a paper at the Brookings institute entitled “Bubble, Bubble Where’s the Housing Bubble”. The paper, subsequently being widely read and reported on after landing on the front page of the New York Times, presented a new analysis of housing that would seem to all but eliminate the possibility that housing bubbles were occurring, even in some of the most active and “frothy” markets.

"Most of the country is certainly not in a bubble if you define a bubble as prices far above fundamentals," said Gary Smith, who is the Fletcher Jones Professor of Economics at Pomona College. "The average person in the U.S. is still better off buying than renting."

In the article entitled “A Collapsing Housing Bubble?”, Ike Brannon and Suzanne Stewart, who are apparently members of the staff of Senator Orrin Hatch, skillfully present several arguments that seem to dispel the possibility of a housing bubble.

Particularly notable was the presentation of the ratio of “owners equivalent rent” to two different home prices indexes.

Arguing that the Office of Federal Housing Enterprise Oversight (OFHEO) Home Price Index over-represents the impact that home improvements have on the accuracy of such a ratio, the authors offer an alternative home price index to base the analysis.

Claiming that the Census Bureaus “Constant Quality Index”, an index that attempt to track home prices of “equivalent quality” homes over time, would be a better fit for such analysis, the authors produce a chart which would have one easily concluding that there is no significant discrepancy between rents and home values thus bubble fears are overdone.

Trouble is, they forgot to mention that the “Constant Quality Index” has many significant flaws in its formulation not the least of which is that it tracks a mere 14000 homes compared to the 32 million homes accounted for by the significantly more widely accepted OFHEO House Price Index.

The paper goes no to describe two significant benefits of the “interest only loan” finally concluding with the following prophetic quote:

“With no specter of inflation in our future and a world of relatively low returns, investing more in a house makes perfect sense. A stagnant stock market does not send off the siren song to investors that it did a decade ago. Who is to say that in such an environment a family spending another $100,000 on a nicer house is not making a wise decision?”

Now, with housing sales in 28 states and the District of Columbia in full decline and prices starting to follow suit, one wonders how sensible it was to formulate and widely distribute such imaginative papers.
Posted by SoldAtTheTop at 1:31 PM