What’s the Rush? How Patiently Tracking SIPI Will Make You a Shrewd Buyer (Part 1) 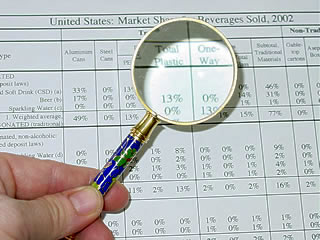 In this, the first in a four part series covering strategy you can use to best maximize your position as a buyer in a down market, the overall SIPI watching proposition is presented as well as analysis of home sales.

"With many potential buyers on the sidelines right now, we believe there is growing pent-up demand that will come into the market once buyer sentiment improves."

Many potential home buyers have been on the sidelines, some ‘kicking the tires,’ but mostly waiting for sellers to compromise on prices and terms,

David Lereah, Chief Economist of the National Association of Realtors

"Many potential buyers now are waiting on the sidelines to see how the market shakes out before proceeding with a home purchase."

Bernanke admitted it is "very difficult to tell" how far the correction will go as buyers appear to be "sitting on the sidelines."

Whether it’s recited with the tired enthusiasm of a washed up salesman or simply repeated over and over again as a mantra during an episode in fetal position, the statement “the buyers are on the sidelines” and the firm belief that they are just waiting to “jump” back into the market seems to put the minds of some in the real estate industry at ease.

Interesting how the very same real estate insiders love to argue that the housing market is NOT like the stock market when it come to homeowners selling their properties but when predicting the future of buying they present a bullish Jim Cramer-esc “Buy Buy Buy!” scenario.

Certainly, there must be at least some truth to this belief, albeit somewhat less now since federal regulators started prodding the lending industry into tightening up on their “sloppy” standards thus restricting many millions of people who, during the run-up days, would have otherwise had carte blanch over borrowing.

Yet, is it really reasonable to suggest that buyers, all across the nation, are simply biding their time watching and plotting, all the while ready to spring into action at the nearest suggestion that the housing market is back on track?

Though we’ll probably never really know the answer to that one, it does seem sensible, at the very least, to develop a basic strategy for determining when to buy or conversely how long to “hold out” during the downturn.

The main point to come away with is that a buyers market demands an astute buyer.

Remember, the market is weakening, and with a reasonable measure of planning, a shrewd buyer will not only insure themselves against buying a dramatically depreciating asset, they will also maximize their purchasing power while still staying within the bounds of their risk tolerance and personal requirements.

In developing this strategy, let’s consider four basic points of interest every buyer MUST draw on in order to make the best of their position in a buyer’s market; they are sales, inventory, prices and interest rates or to coin a new acronym “SIPI”.

Throughout this series, we will be building up an Excel spreadsheet that will capture the SIPI analysis and when complete, should serve as a powerful tool for performing ongoing analysis in the future.

In this, the first of the four part series, let’s focus exclusively on home sales data.

Of course, home sales alone don’t give the full picture as many factors could be influencing home sales numbers and inevitably home prices but suffice it to say that if the number of home sales in any given market is declining, there is much less chance that home prices will be appreciating measurably thus no real impetus to “jump” in to the market in order to avoid being priced out..

They generally publish a monthly report on MLS listed home sales that includes the change, as a percentage, of sales from one month to the next as well as year-over-year changes.

It’s important to note that because of the seasonal nature of home sales, month-to-month comparisons are a little deceptive, its probably more important to focus on year-over-year comparisons as you are comparing the number of homes sold in the same market, at the exact same time of the year, just one year later.

Let’s look at recent data for Massachusetts as an example of home sales analysis:

MA Home Sales YOY 2006
Notice that in the right hand column there are some pretty significant declines to home sales as a monthly year-over-year comparison of 2006 to 2005. As you can see, Massachusetts is currently experiencing a pretty dramatic falloff in home sales and with it has come over a 10% decline in the real median single home price from the peak set in June 2005.

The key here is that if your state looks any bit like ours does, there should be very little chance of home prices appreciating measurably in the near future so a patient buyer can feel confident that by waiting they are NOT risking having home prices get ahead of their budgets.

Remember, the home sales statistics are generally compiled and published as statewide statistics so you will need to keep a vigilant eye on your target market in order to ensure that it is experiencing similar trends.

In the next part of this series, monthly changes to inventory will be incorporated into the picture further filling out the market analysis.

Copyright © 2006
PaperMoney Blog - www.paperdinero.com
All Rights Reserved
Disclaimer
Posted by SoldAtTheTop at 8:49 AM