Home Builders In The Balance 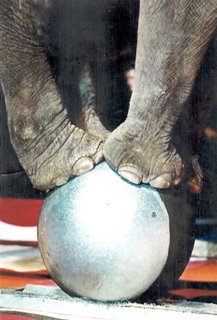 So much for home builders learning from their past mistakes; The losses due to write-downs and write-offs due to prior "off balance sheet" transactions such as land options and joint ventures might be the "tip of an iceberg" in deteriorating earnings for the nations home builders.

Gone were the days of aggressive residential developments and land purchases. This cycle, things would be different. This time, there would be no speculative binge.

That is what was said but what actually occurred during this historic run-up? Were builders actually able to control their urge to over-develop? If not, how badly have the home builders exceeded demand for housing and what impact might that miscalculation have on the future of the housing market?

Probably the single most notable expression of the speculative nature of home builders during this historic run-up is their use of “off balance sheet” transactions such as “land options” and “joint ventures”.

For a more thorough overview of these two types of creative financing tools, read the recent Barrons article "Housing Hangover" but for our purposes let’s use the following definitions:

Land Option – An agreement that a builder makes with a land owner giving the builder the right to buy land for development at a later date. This allows the builder to control parcels of land without having to account for the full cost of the debt that they would have accrued had they actually purchased the lots through traditional means of financing.

Joint Venture – An agreement between a builder and one or more private parties (i.e. private equity funds… hedge funds etc.) in which the builder contributes a 49% (or less) share of the deposit used to finance a large project. In this scenario, the private parties put up the other 51% share of the deposit and the joint venture finances the remaining with traditional debt. Since the builder holds only a minority position (…49% stake) of the deposit, they don’t have to show the cost of financing the debt on their books.

Both of these tools allow a builder to control risk as well as present a more palatable book value in an industry very sensitive to straight “assets minus liabilities” analysis.

Trouble is though, as the downturn continues to take effect, the viability of the projects created by these agreements is starting to become more uncertain. Builders are increasingly walking away from pending projects, requiring them to "write off" the losses in option deposits and venture equity.

The losses from these "write-offs" as well as land "write-downs" (writing off the depreciation of actual owned or optioned land assets) are now starting to show up on the balance sheet of many of the country's largest builders.

The question is are we looking at just the "tip of the iceberg"?

Unfortunaetly, given the nature of these transactions, it's not easy to get an accurate accounting of equity in optioned vs owned lots or joint ventures (listed as interest in unconsolidated entities on a balance sheet) but looking at the 2005 annual reports, the latest quarterly reports and other sources a basic profile can be roughly produced.

Lets look at whats been reported for several of the larger home builders (please feel free to double check and amend my numbers as it was a bit of a puzzle putting these profiles together):

For 9 months ending August 31 2006, Toll Brothers had a total of $37.0 million in "write-downs" to owned-optioned inventory valuation adjustments.

For 6 months ending June 30 2006, Pulte had a total of $62.0 million "write-downs" to owned-optioned inventory valuation adjustments.

For 9 months ending August 31 2006, Lennar had a total of $93.6 million in losses attributed to off balance sheet transactions.

Probably the most striking aspect of the above profiles are the sheer numbers of lots that the nations builders control. Toll Brothers walked away from roughly 10,000 lots in just the last quarter leaving the lots owners in the likely position of reselling them through other means. Given the current climate, clearly, this must equate to a rapid depreciation in value of many thousands of buildable lots across the country. Only time will tell what the total impact of these canceled deals will have but its probably safe to conclude that they will likely exacerbate the already poor inventory conditions.

"In the current environment, we have reduced our land position. In total, we now own or control approximately 82,900 lots, compared to approximately 91,200 at second-quarter-end. We continue to reevaluate the lots in our approval pipeline and to renegotiate or drop those options that we believe are no longer attractive."

"The U.S. housing market has continued to deteriorate, trailing down further and faster than anticipated. Under these difficult conditions, we remain focused on our strategy of carefully managing inventory, reducing construction costs and overhead, methodically tapering back production and emphasizing cash generation. We have limited our land purchases and reduced standing inventory through strategic asset management."

Copyright © 2006
PaperMoney Blog - www.paperdinero.com
All Rights Reserved
Disclaimer
Posted by SoldAtTheTop at 12:10 AM