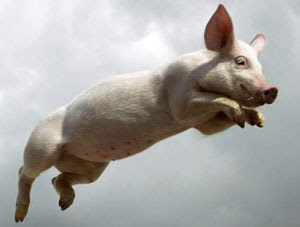 As I had highlighted in a prior post, because of their strong correlation, the home price indices provided daily by Radar Logic can be effectively used as a preview of the more popular monthly S&P/Case-Shiller home price indices.

The current Radar Logic data reported on residential real estate transactions (condos, multi and single family homes) that settled as late as April 21 appears to indicate that price declines accelerated in many of the worst hit markets while markets that typically experience a seasonal lift this time a year are either trending lower or appear muted. 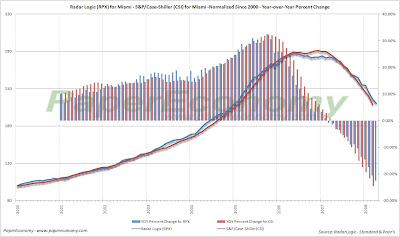 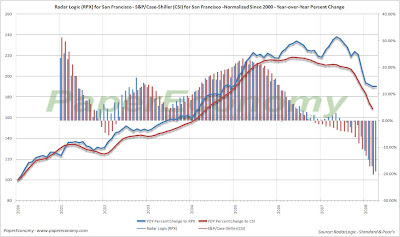 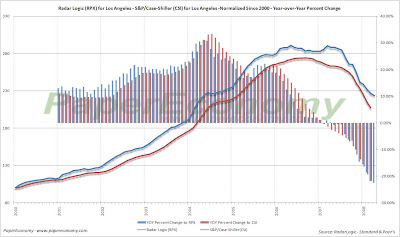 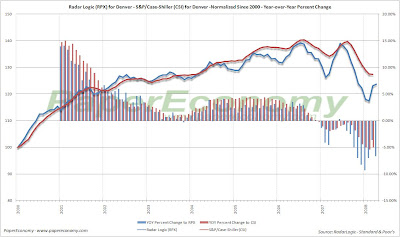 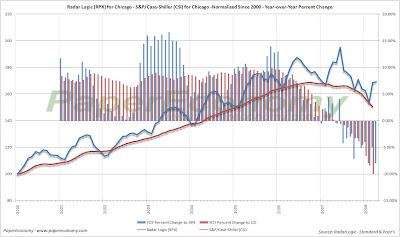 Denver and Chicago both appear to be following the typical seasonal pattern of increasing prices during the high transaction months of the spring and early summer but it is important to note that the muted pricing rebound is coming off the a far lower base value reached during the fall and winter resulting in an overall trend of declining prices. 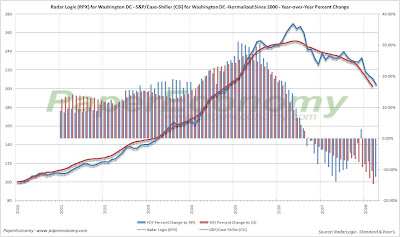 Washington DC is an nearly perfect example of a market that has broken down under the strain of the housing bust showing price declines even well into the early spring where it’s strong seasonal pattern typically brings increasing prices. 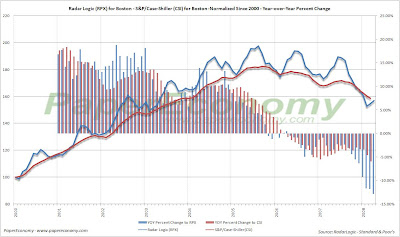 Boston remains at a cross roads with the Radar Logic data indicating that an interim low point for prices has been reached during February and that March essentially stayed flat at a point in the year when it’s strong seasonal demand usually drives prices higher.

What’s next for Boston?

We won’t know for sure for another couple of months but given March’s weakness, it’s very possible that Boston will start to look more like Washington DC with price declines occurring even during the spring and summer months.
Posted by SoldAtTheTop at 4:37 PM