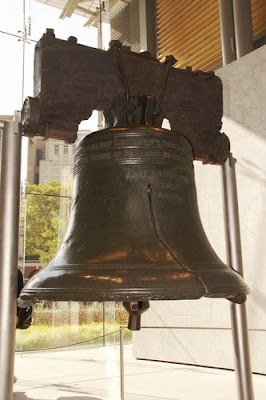 Today, the Federal Reserve Bank of Philadelphia released the results of their Business Outlook Survey for June showing continued weakness to the regions manufacturing sector with the current activity index indicating contraction at –17.1, the seventh consecutive negative monthly result.

The survey of the Philadelphia regions manufacturing sector has been a pretty solid leading indicator of the overall strength or weakness and recession experienced by general economy.

As you can see by the following chart (click for larger version), during the past three post-recession expansion periods, the “current” diffusion index (more on diffusion indices later) generally vacillated between 0 and 35 while the “future” index left the period of contraction at an elevated level and eventually joining the “current” index.

Finally, as the economy pushes closer to contraction, both indices decline dramatically with a breach of -20 by the “current” index generally indicating that recession is upon us. 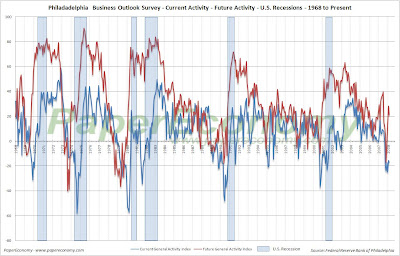 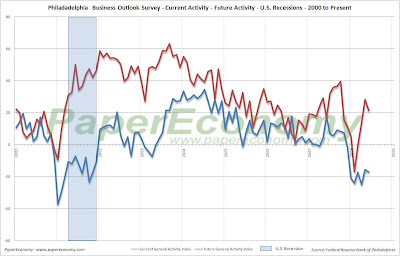 As you can see from recent results, -20 has been breached by the “current” index which now stands at -17.1 while the “future” index stands at 21.3.

Clearly, there is trouble afoot but components of the latest results also display a potential dangerous parallel to the stagflationary eras of the 70s and early 80s. 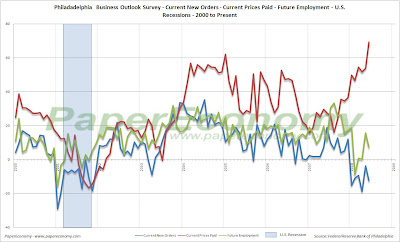 Notice that while current orders and future employment declined, current prices paid have increased indicating a potential return to a stagflationary environment that hasn’t been seen since the early 80s.

It’s important to note that these three indicators have moved, more or less, together since the expansion of 1983 and have especially moved together during the recessionary periods of 1990 and 2001.

Now though, it appears that we may be seeing a divergence with an increase in prices paid and simultaneous decrease in growth.

The following chart (click for larger) shows these measures during the last stagflationary era seen between 1976 – 1980. Notice the clear divergence of rising prices and falling growth. 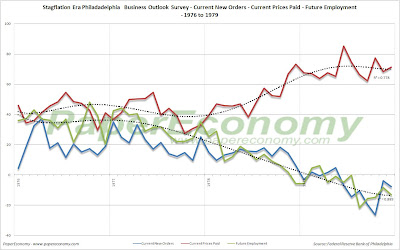 Posted by SoldAtTheTop at 9:47 AM