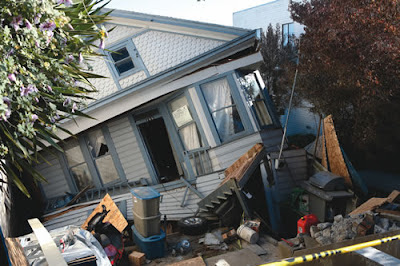 Sources inside the Massachusetts Association of Realtors (MAR) report that next week’s monthly existing home sales results will show that June’s single family home sales dropped a whopping 14.9% on a year-over-year basis while condo sales collapsed a spectacular 20.3% over the same period.

It’s also important to note that the June single family home sales count was the lowest June count on record since 1995 and at 4225 units sold was 30.90% below the record June peak set in June 2005.

Notice that June 2008 registered a home sales count well below even the 2007 level as well as indicating that the July’s results will likely be well below 4000 units, a significant decline. 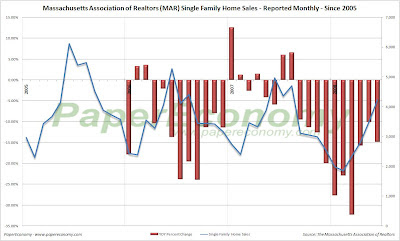 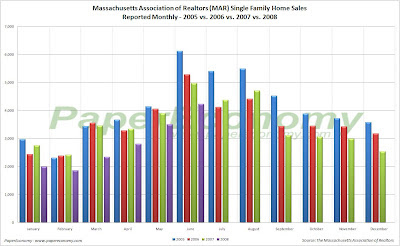 After over two years of declining home sales, weakening home prices and now looming recession it appears that Massachusetts has just entered the price “free-fall” phase of the housing decline where home prices continuously drop even through the spring months which are typically strong in the region.

Stay tuned as next week the S&P/Case-Shiller home price index results will be available for Boston likely showing a continued decline even during the typically strong spring selling season.
Posted by SoldAtTheTop at 1:00 AM