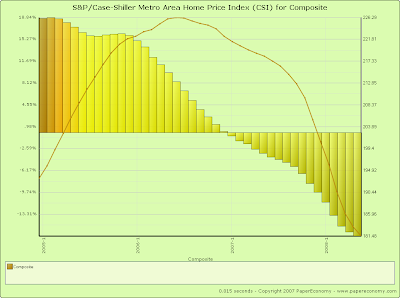 Today’s release of the S&P/Case-Shiller home price indices for May continues to reflect the extraordinary weakness seen in the nation’s housing markets with now ALL 20 of the 20 metro areas tracked reporting year-over-year declines and ALL metro areas showing substantial declines from their respective peaks.

Readers should take a moment to carefully reflect on the charts below as this level of price decline occurring simultaneously across the whole of the U.S. is not only unprecedented but is probably the purest expression of the fundamental collapse of wealth and well being for our nations typical home owning household.

The 10 city composite index declined a record 16.88% as compared to May 2007 far surpassing the all prior year-over-year decline records firmly placing the current decline in uncharted territory in terms of relative intensity.

This report indicates that we have now firmly entered the serious price “free-fall” phase (look at the charts below) of the housing bust. 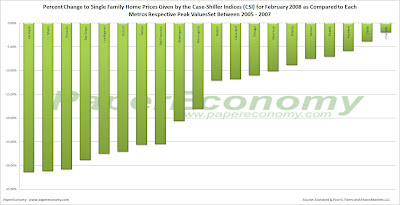 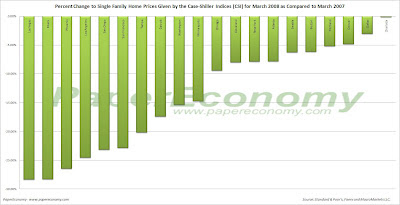 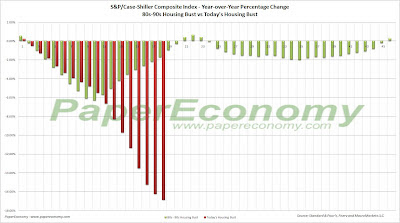 Looking at the actual index values normalized and compared from the respective peaks, you can see that we are only eighteen months into a decline that, last cycle, lasted for roughly fifty four months during the last cycle (click the following chart for larger version). 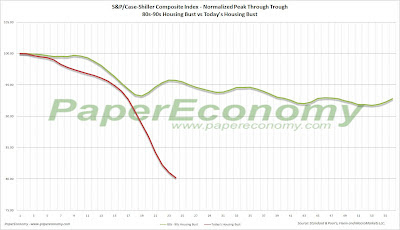 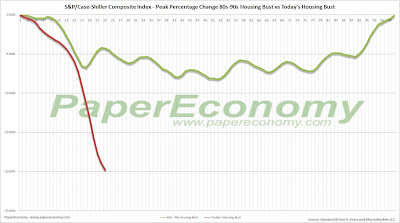 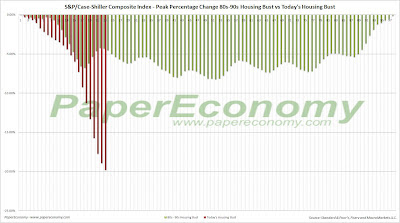 Notice that peak declines have been FAR more significant to date and, keeping in mind that our current run-up was many times more magnificent than the 80s-90s run-up, it is not inconceivable that current decline will run deeper and last longer.
Posted by SoldAtTheTop at 9:37 PM