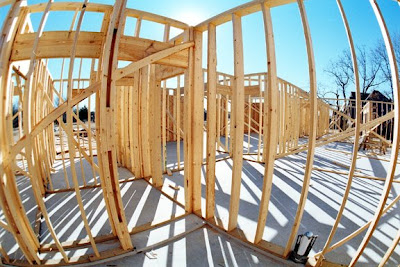 Today, the U.S. Census Bureau released their May read of construction spending again demonstrating the significant extent to which private residential construction is contracting particularly for single family structures while non-residential spending continued to grow essentially in-line with its recent expansion.

An important note, with this release the Census Bureau revised both the total private residential and private single family component series to EXCLUDE “expenditures on private residential improvements to rental, vacant, and seasonal properties” an adjustment that has significantly change the slope of the recent pullback.

In order to get a sense of the significance of the revisions, I have isolated the delta (pre – post revision) in the chart below which appears to indicate that spending on improvements to rental, vacant and seasonal properties actually boomed during 2007 but has begun to erode a bit in 2008. 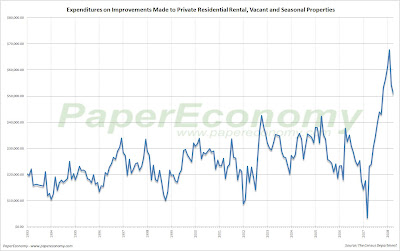 With the tremendous weakening trend continuing, total residential construction spending fell 27.27% as compared to May 2007 and 43.99% from the peak set in March 2006.

Worse off though was private single family residential construction spending which declined 39.21% as compared to May 2007 and a truly grotesque 57.53% from the peak set in February 2006.

As was noted in prior posts, commercial real estate (CRE) appears to be coming under some pressure with increasing vacancy rates and falling prices.

Keep your eye on the last chart in the months to come for a clear indication of a pullback. 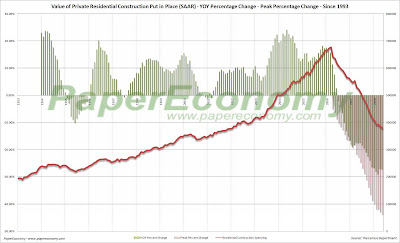 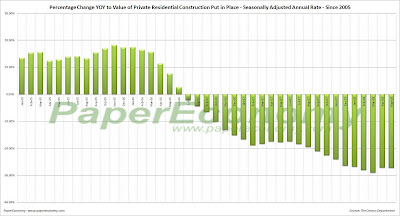 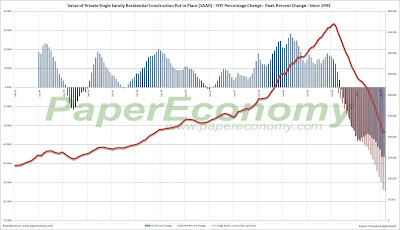 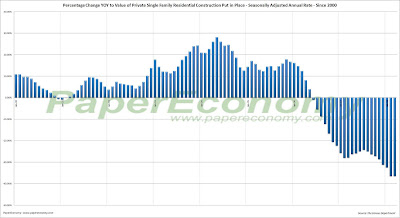 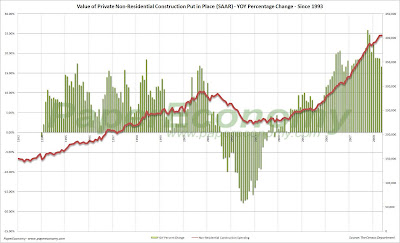 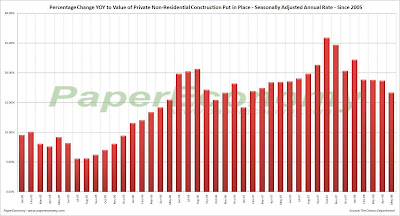