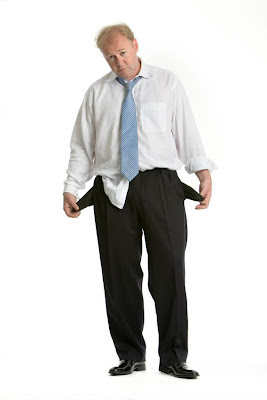 Today, the U.S. Census Bureau released its latest nominal read on retail sales showing an increase of 0.1% from May 2008 and 3.0% above June 2007 on an aggregate of all items including food, fuel and healthcare services. 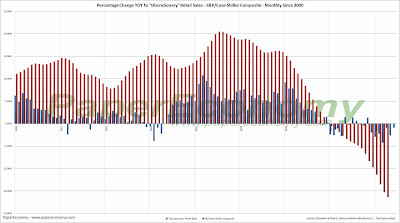 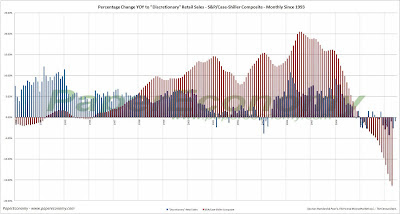 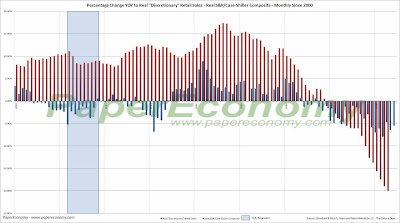 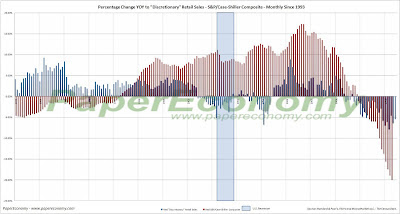 As you can see from the above charts (click for larger version), adjusted for inflation (CPI for retail sales, CPI less shelter for S&P/Case-Shiller Composite) the “rough correlation” between the year-over-year change to the “discretionary” retail sales series and the year-over-year S&P/Case-Shiller Composite series seems now even more significant.
Posted by SoldAtTheTop at 9:20 AM