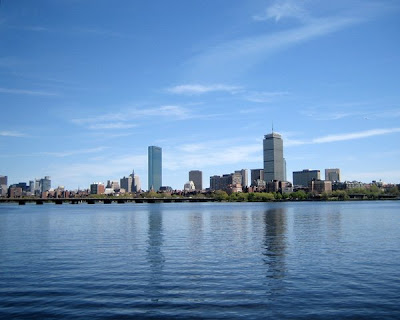 For September, both the CSI and RPX showed continued weakness with the CSI declining 5.71% on a year-over-year basis while the RPX dropped 10.68% over the same period.

This month S&P introduced a new line of data series that specifically track condominium prices in five select markets including Boston which showed that in September Boston condo prices declined 2.90% on a year-over-year basis (see chart below).

It’s important to note that all measures are derived from sales data transacted in September which generally includes properties that under agreement in August and September, well in advance of the historic stock market collapse and wider macroeconomic declines that have since sent consumer sentiment to all time lows.

In all likelihood the dramatic declines to consumer confidence and increases in unemployment will work to place significant downward pressure on property prices for the foreseeable future.

Now, the September results confirms that the typical seasonal pattern is firmly in place as all indices head lower on a downward trend that generally bottoms in mid-winter. 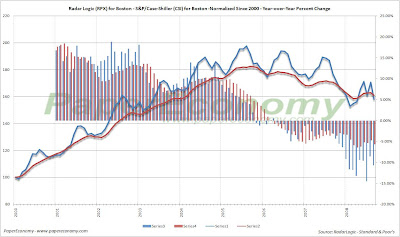 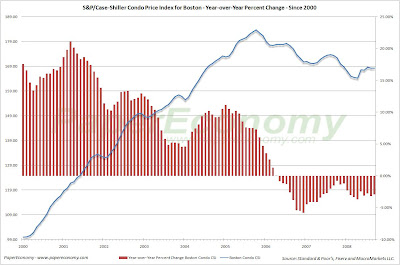 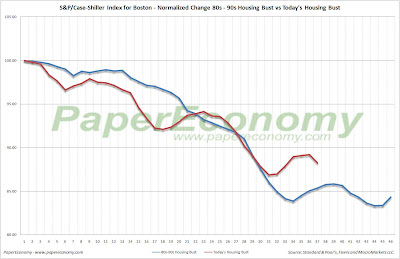 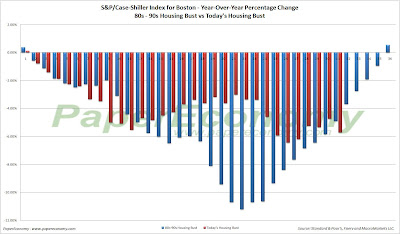 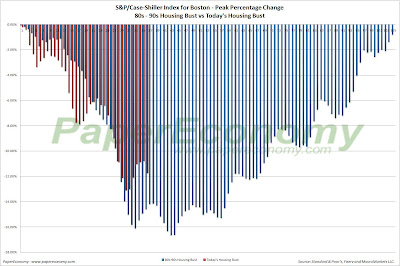 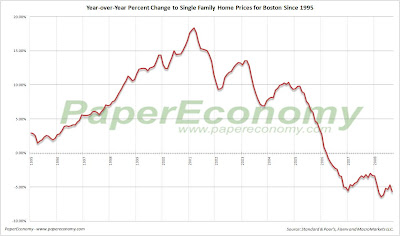 It appears that that the main thrust of the housing expansion occurred “in-line” with the wider economic expansion that was fueled primarily by the dot-com bubble and that since the dot-com bust, the housing market has never been quite the same.
Posted by SoldAtTheTop at 5:46 PM