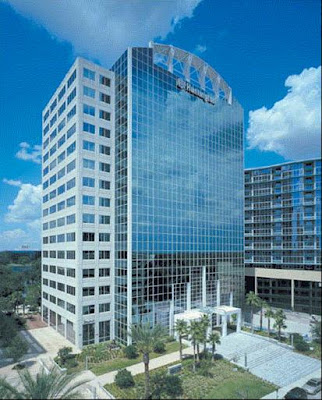 It’s now clearly obvious that the commercial real estate (CRE) markets have inevitably followed the lead of the residential markets down into a recessionary decline.

The notion of commercial real estate markets suffering a similar downturn as residential is both supported by historical correlations (e.g. residential and non-residential investment) as well as the logical outcome for a market that has seen similar levels of loose over-lending.

Fortunately, we need not speculate about the current state of CRE as the MIT Center for Real Estate tracks commercial property prices with a series of indexes that cover Apartment, Office, Industrial and Retail property types. 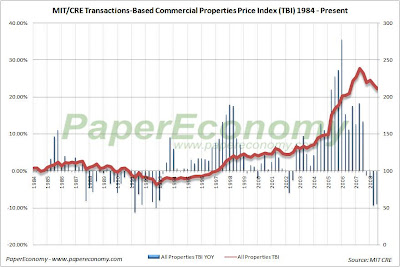 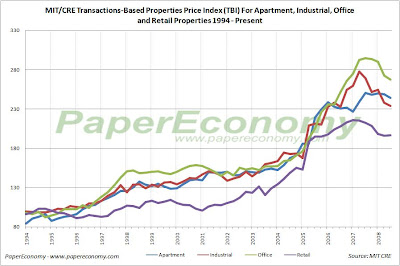 Notice that the top aggregate chart, after showing some substantial growth between 2003 and Q2 2007 (particularly during 2005 and 2006), clearly indicates that a significant pullback has formed from the second half of 2007 onward leaving prices now 11.69% below the high seen in Q2 2007.

Furthermore, in Q3 2008 the Industrial and Retail components continue to show significant peak declines of 15.75% and 8.85% respectively while the Office component declined by 9.28% from its peak set during 2007.

Looking at the supply and demand indices of the Retail component appears to shed some light on the factors now working to drive prices lower for that market. 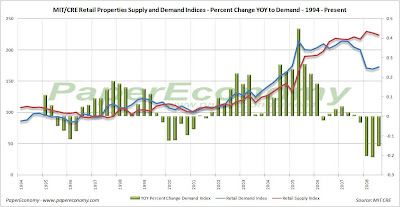 Notice that supply of retail properties has remained high in recent quarters, while demand has continued to remain substantially below levels seen just last year.
Posted by SoldAtTheTop at 3:05 PM