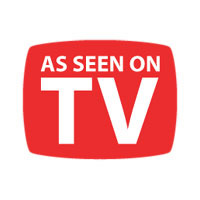 Twenty new bubbly videos were added to BNN today and some are really a must see.

First, there are quirky interviews with the home builders Robert Toll and Ara K. Hovnanian on the outlook for 2007 as well as their recent optimistic statements regarding housing setting a bottom.

There are several fairly humorous CNBC segments covering the most recent release of the Census Departments “New Construction Report” where the CNBC staff seemingly struggles with the idea that the bump up in housing starts from October to November means very little once put in proper context of the accelerating year-over-year declines to both housing starts and permit authorizations.

There is an excellent two part interview with Professor Susan Wachter of the Wharton business school.

Kass offers excellent analysis of why industry groups like the NAR and the MBA are incapable of seeing where this housing cycle is going as they cling to the traditional measures of strong economy and low interest rates while ignoring the overwhelming evidence that Fed induced easy lending and speculative binge of the last five years has left the nations housing market and economy in a significant bind.

Finally, a slightly disturbing SQARE OFF between Ellen Schloemer, Director of Research of the Center for Responsible Lending and Michael Youngblood of Friedman Billings Ramsey over Ellen’s the recently published study that suggests that 1 in 5 sub-prime mortgages could end up in foreclosure in the next few years.

Youngblood, who has on other occasions showed himself to be incapable of accepting even the possibility that the nations housing market experienced a bubble that is now transitioning to full pop, seems to be nervous, sweating, and even shaky with anger over the reports findings going on full attack against what he seems to see as an almost blasphemous analysis by Schloemer.

This brings BNN to a grand total of over 10 hours of continuous play footage of the Great American Housing Bubble!

Posted by SoldAtTheTop at 12:25 AM