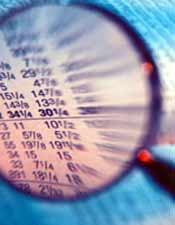 In an attempt to shed a little more light on the severity of the decline to new construction activity, I have produced a series of year-over-year charts that easily dispels any notion of a bottom having been set.

Each chart shows the percentage change to monthly construction activity since January 2000 on a year-over-year comparison basis.

The charts are broken out by permit authorizations and housing starts and further divided by national and regional areas.

Notice that for both permit authorizations and housing starts, many charts show that declining construction activity is actually accelerating with indicators currently sitting at the lows of the cycle.

Additionally, regions that aren’t currently sitting at the lows of the cycle are generally sitting very close to cycle lows set within the last few months.

Furthermore, most charts show a marked change to the downside at or near January 2006 followed by consistently accelerating declines for the remainder of the year.

Note that both the Northeast and Midwest regions posted significant declines to permit authorization activity in 2005 and 2006.

This may be an early indication of what might materialize for the regional data in 2007 as multi-year declines continue to set deeper lows rather then flatten out as some real estate optimists are predicting.

All data used to generate the charts is freely available at the Census Department's "New Residential Construction" website.

Click on any of the following charts to see a larger, more readable version.

Posted by SoldAtTheTop at 1:05 AM