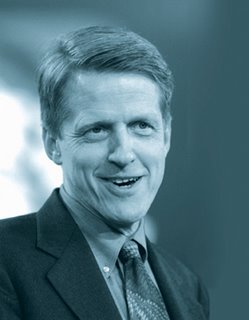 The National Association of Realtors (NAR) recently published their list of “Real Estate’s 25 Most Influential Thought Leaders” in which they generally heaped excessive accolades on an assortment of real estate industry insiders.

Certainly, there is no harm done in taking note of the “contributions” made by a few individuals and the “thought leader” jargon seems pretty fitting for an industry so steeped in sales and marketing but what is interesting is that in addition to the main list of 25, NAR has included 15 other people who’ve “had an impact” in 2006.

This list is a little different, including such names as Ben Bernanke, The US Department of Justice, and the Participatory Consumer.

So, it appears that, to NAR, there is no venue or press release that is immune from a cleverly positioned talking point.

Nothing demonstrates that better than the inclusion of Professor Robert Shiller in the list of 15 and the accompanying assessment of his contributions.

According to NAR, Shiller “Got big media coverage equating rising real estate prices with the tech bubble, but we haven’t heard the pop yet.”

“Robert Shiller scored instant media celebrity when his 2000 book, Irrational Exuberance, predicted the tech bubble’s explosion just weeks before the fact. Four years later, when he tried to apply the same principles to the real estate boom, he found out that all investments don’t behave alike. Shiller contended that rising home prices weren’t based in the fundamentals of population growth and supply and demand; they were bubbles, destined to pop. To the contrary, NAR economists predicted that market slowdowns would largely be gradual—a trend that’s playing out today. Shiller’s failed bubble scenario demonstrates that sometimes even smart guys get it wrong”

So, it seems that NAR has already concluded that Shiller’s analysis, indicating that much of the nations housing market had gotten excessively overheated and could now be in for a protracted period of decline, is wrong.

That’s some fairly confident sentiment, especially coming from an organization whose Chief Economist clearly stated in May 2005 (on NPR’s Dian Rhem radio show) that 2006 would NOT see a slowdown in the housing market.

So there you have it.

On one hand you have a blatantly self interested industry group that has consistently and in fact purposely been unable to accurately forecast the direction of the housing market instead favoring the propagandist “Pinocchio-economic” analysis that they desperately hope might re-ignite the insane speculative frenzy that served them so well during the last decade.

On the other, you have Professor Shiller who, although you can choose to agree or disagree with his analysis on housing, I would challenge anyone to find ONE example where there is even a shred of evidence that he acted in his own self interest when addressing his outlook on housing and the economy.

This includes the several televised events that pit Shiller directly against the NARs David Lereah who in all cases resorted to obnoxious spin-mistering (remember the Chicken Little slides and comments etc. as well as last summers CNBC town hall meeting) while Shiller, ever patient, confident and academic, put forth his analysis without even the slightest reprisal.

Once again, NAR has shown itself to be a foolish and despicable outfit more inclined to attempt to malign the reputation of a legitimate “thought leader” than to ever challenge itself to address its own obvious failings.

Posted by SoldAtTheTop at 12:54 AM