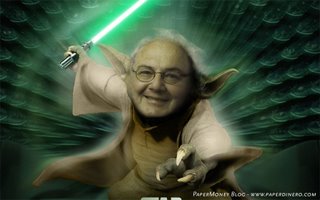 It is quite clear now that the Massachusetts Association of Realtors (MAR) intends on following the lead of its national counterpart with striking fidelity.

Not only does MAR have its own “leadership” who every month attempt to spin the states housing numbers with a level of artistry only equaled by the great David Lereah himself, but now they seem intent on funding a public awareness campaign that will be closely coordinated with the widely publicized $40 million crusade sponsored by the National Association of Realtors (NAR) that will commence in January.

Furthermore, the MAR president, David Wluka has seen fit to go on the attack against the local media for producing coverage of the housing decline that, as he puts it, “demonstrates a lack of understanding and objectivity”.

In a recent “Letter to the Editors of the Boston Herald”, Wluka is clearly aggravated by an article the Herald published on August 30th titled “Mass. home sale data MAR-red” and attempts to set the record straight while assailing reporter Scott Van Voorhis for his lack of “historical perspective”.

The Voorhis article (which follows below) merely recounted the obvious fact that in the summer and fall of 2005 MAR was presenting a flawed and overly optimistic impression of the states home sales.

But as Wluka sees it, it’s the local media, not MAR that is at fault for dubious housing market coverage.

“Today’s market is a tough one to navigate and consumers deserve credible coverage of current market realities. The housing bubble hyped so much by the media last fall still has not materialized, yet many continue to editorialize as if somehow it will become a self-fulfilling prophecy.”

One can only wonder what “talking points” MAR will be presenting to attempt to persuade the public to overlook the oncoming depreciation of the states home prices.

The following is the Boston Herald article by reporter Scott Van Voorhis:

A bad storm is brewing in the once high-flying real estate market, and the Boston area, with its million-dollar fixer-uppers, is right in the eye of it.

For many hapless home sellers, desperately scrambling to find living, breathing buyers, this tempest appeared to come on as quickly as a Gulf Coast hurricane.

The monthly home sales reports put out by the Massachusetts Association of Realtors for years have been the main indicator of the health of the Bay State’s real estate market. And as recently as last fall, the trade group was crowing about near-record sales.

However, other data, collected by a respected local publisher and real estate data firm, paints a different picture.

A steady decline in home sales across the state began in the spring of 2005 and has been building steam ever since, data released by the Boston-based Warren Group shows. (A note of disclosure, I once worked as a reporter for Banker & Tradesman, a publication of the Warren Group.)

Year-over-year declines in home sales of roughly 10 percent or more began in April 2005 and continued steadily, hitting nearly 14 percent in October and nearly 27 percent in July.

Meanwhile, median home prices peaked at $364,000 as early as June 2005 and began dropping steadily after that.

By last summer, let alone last fall, anyone following the Warren Group data would have been well aware of the real estate storm clouds on the horizon.

Yet, except for a few experts and insiders, no one was.

The firm for decades has collected records of all sales transactions right from the courthouse, publishing a thick insert each week in its Banker & Tradesman. But it was not until earlier this year that the Warren Group began an alternative to the Massachusetts Association of Realtors’ monthly sales reports, offering up its version of the numbers to the local news media. As the real estate market began to turn sour last year, MAR, a group formed to promote the industry, was still the main source of statistics for most news outlets.

And the Realtors group saw more evidence for optimism than concern.

While MAR reported year-over-year declines in home sales in April, May and July, it reported increases and new home sales records and near-records in June, August and September.

No increase was too modest to celebrate.

A 0.5 percent increase in single-family home sales in September. Roll out the barrels.

“Sales of single-family homes remain strong last month, climbing to their second highest level on record for the month of September in state history,” the group touted in a section of its Web site called “talking points.”

That was a badly timed fit of happy talk.

Since October, the market’s downhill trajectory has been too steep for anyone to ignore, with prices, not just the number of sales, falling.

But there are no apologies from David Wluka, MAR’s president. He points to differences in how the MAR and the Warren Group collect data, though that doesn’t appear to account for the markedly different results. And Wluka further contends that MAR has always offered a sober appraisal of the market.

Not everyone is convinced of that, though, including Wellesley College’s Chip Case, one of the nation’s top experts on the residential real estate market.
“They (Realtors) have a stake in high (home sales) volume,” Case said. “They care if people are trading. They have a huge stake in optimism. When optimism goes away, people don’t spend money on big-ticket items.’

Posted by SoldAtTheTop at 10:16 AM