Dancing On The Bottom 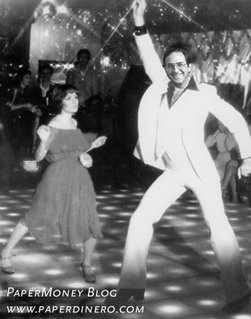 Today Toll Brothers released its “Fourth Quarter and FYE 2006 Earnings Results” report outlining both the dramatic drop-off in contract activity and income in 2006 as well as projecting a truly dismal future for 2007.

Particularly notable was the $92.7 million in after tax land write-downs to owned or optioned lots, a 94.5% increase compared to 2005.

Additionally, Toll stated that they will budget an additional $60 million for land-write downs during 2007.

In the release CEO Robert Toll suggests the following:

“Fifteen months into the current slowdown, we may be seeing a floor in some markets where deposits and traffic, although erratic from week to week, seem to be dancing on the bottom or slightly above. The metro D.C. suburbs of northern Virginia, which was the first market in which we saw activity slow, seems to have stabilized, although at levels much lower than those we have enjoyed over the past few years. In metro DC’s Maryland market, a more lot-constrained region where builders built fewer spec homes and there were fewer speculative buyers, the market also appears to be stabilizing.”

“Right now is a great time to buy a new luxury home. Builders are motivated to sell their specs and the fundamentals that typically lead our industry out of a slowdown are already in place. Interest rates are near historic lows, unemployment is near an all-time low and the stock market is setting records.”

Although less than 30 days ago, this was Bob Toll’s sentiment:

“We continue to look for signs that a recovery is imminent but can’t yet say that one is in sight.”

Here are some of the interesting data points from today’s release:

Posted by SoldAtTheTop at 2:01 PM