The Almost Daily 2¢ - The Resilient Consumer 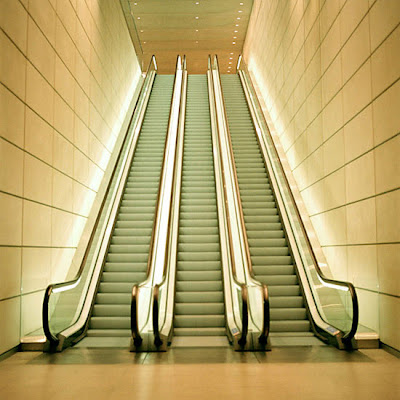 Resilient
re•sil•ient (rĭ-zĭl'yənt)
adj.
1. Marked by the ability to recover readily, as from misfortune.
2. Capable of returning to an original shape or position, as after having been compressed.

It appears that the word "resilient", when used in the context of describing American’s consumption habits, is somewhat misleading and in some sense reveals its true nature as a slogan.

As we all know, the US economy has grown considerably during the last five years, and short of the restricted, albeit not insignificant, business investment led recession of 2001, the last sixteen years has been both prosperous and transformational.

True resiliency, as its definition suggests, would be a response that resulted from a significant test of our current circumstances.

Now don’t get me wrong, I’m in no way attempting to imply that the American “individual” is not resilient.

One need only recount the collective response of our society after the 9/11 attacks (and ensuing mayhem… think Anthrax attacks, DC sniper etc.) to see that Americans are resilient and can doubtlessly recover from general misfortune.

But the start of the dot-com recession predated 9/11 and it appears that, in economic terms, the response to the attacks (i.e. dramatically lower interest rates and government spending in the preparation and implementation of the wars in Afghanistan and Iraq) served to boost our economy back to growth.

The point is, after many years of an almost unbroken growth economy, we seem to be plagued by the trappings of the good times to an extent that we describe resiliency, not as an ability to overcome a downturn, but as simply the consumer’s ability to spend more than last year.

As history shows us, our economic circumstances can, at times, become vexing as an economy that seemed transparent and obvious during an expansion becomes enigmatic and hard to control during a contraction.

Showing a strong degree of economic resiliency may inevitably be an accurate description of the response of American’s in time, but as for today, the real challenges still lay ahead.
Posted by SoldAtTheTop at 10:24 AM